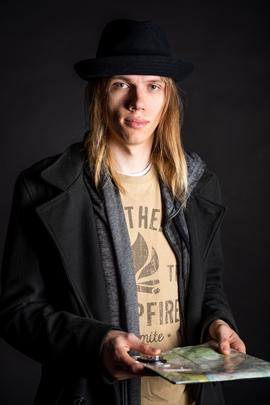 Currently, my research focus on low-power wireless sensor networks with various aspects: once I was conducting sociometric studies with wearable IoT devices, another time I am trying to model the inner working of a microcontroller.

Apart from University of Warsaw, I am also a Senior Data Scientist at QED Software, where we realize various research projects in machine learning.

Label in the Loop
Development of an automatic and semi-automatic system for marking data in large data sets based on machine learning.
QED Software webpage 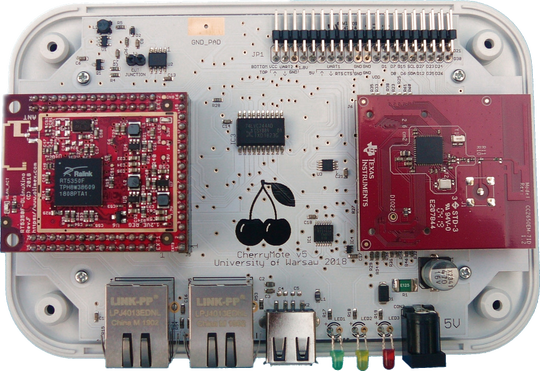 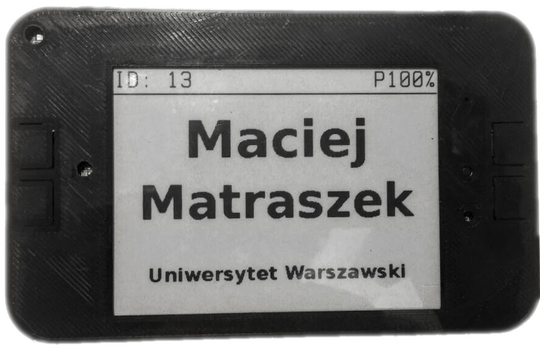 Testbeds remain indispensable instruments for experimentally evaluating IoT-oriented low-power wireless networking solutions. With the evolution of the field, they are increasingly expected to match envisioned deployment conditions of such solutions, notably in terms of scale. However, large-scale testbeds are scarce, likely because they have been believed to be expensive. This paper argues that this belief need no longer be justified by presenting the architecture and basic properties of 1KT, our new smart-building IoT testbed for solutions utilizing IEEE 802.15.4 and Bluetooth Low Energy. It comprises 1000 experimental devices deployed directly in human spaces of 168 rooms on all 5 floors of a sizable building. At the same time, its cost is relatively low considering the scale. 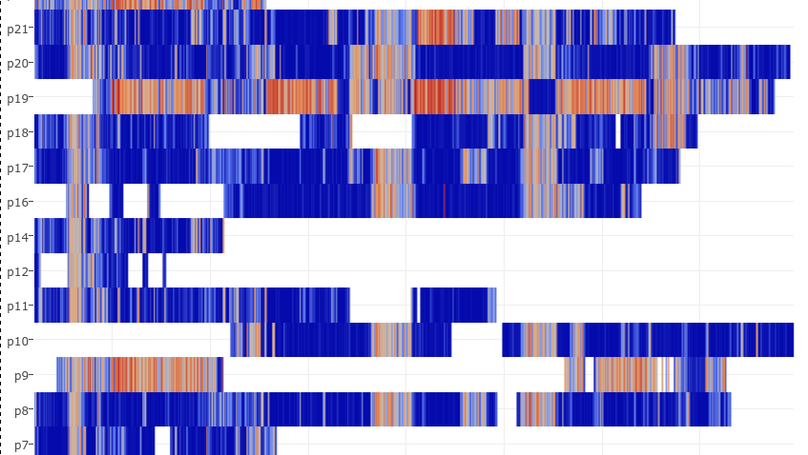 Human Nature: The Subject and the Headache of IoT-Based Sociometric Studies

Sociometry has been recently placed on the verge of a new era by first attempts to utilize Internet of Things (IoT) technologies in quantitative studies of social relationships. More and more results of traditional questionnaires and observations, which are prone to bias and human errors, are about to be verified with a supposedly reliable source: data collected by a wireless sensor network (WSN) monitoring individual and group behavior. It may be expected that the potential and availability of sensing devices will soon entirely redefine the practices of sociometry and alleviate its present limitations. However, this revolution requires much more effort than direct application of common IoT solutions. The collision of curious, yet careless human nature with typical sensing devices leads to unique challenges in WSNs. In this paper we share our experiences from deployments of our sociometric system in two distinct environments. Initially, we studied behavior in software development companies, then we conducted a pioneering instrumentation of emulated space missions in a confined habitat. Despite having developed hardware-software platform dedicated to this end, our research group encountered a number of issues specific to the human nature. While some of them were predictable, but inevitable with a limited budget for the research, others were entirely unexpected and had serious consequences. 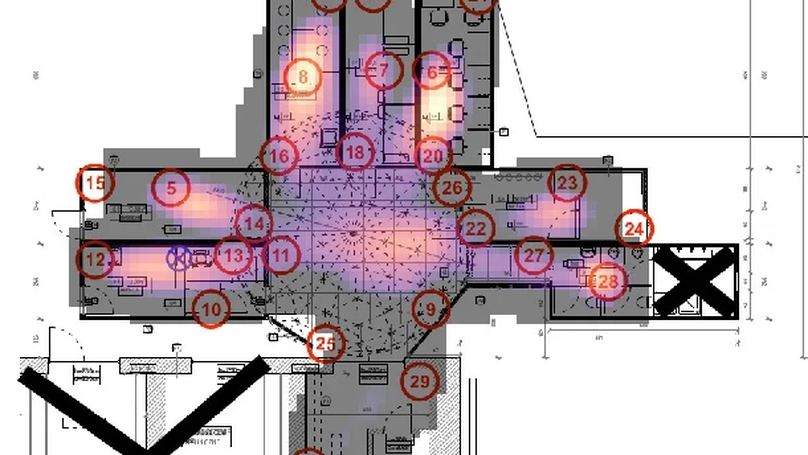 30 Sensors to Mars: Toward Distributed Support Systems for Astronauts in Space Habitats

In October 2017, an international crew participated in an emulated Mars colonization mission. For two weeks, they stayed confined in a special complex, a so-called analog habitat, where they were isolated from the outside world, including a lack of natural lighting and exterior noises, and lived on particularly adjusted Martian time. The mission followed a strict schedule, involving actual scientific work and activities envisioned as necessary for survival and exploration of the red planet. The main objective was to study the behavior and group dynamics of the crew in conditions recreating colonization of Mars, albeit under some unique circumstances compared to previous similar experiments. What was also special about the mission was the use of sociometric methods utilizing custom pervasive sensing solutions that we had built and deployed to complement classic methods based on self-reports and interviews. Based on that experiment, in this paper we contribute twofold. First, we share our deployment experiences to highlight the potential of pervasive distributed sensing systems in sociometric studies of habitat-based missions. The examples presented to this end include quantitative results that we obtained, among others, on social interactions between the astronauts, the impact of atypical situations on the crew, and the ergonomics of the habitat. Second, drawing from the experiences, in cooperation with the astronauts we attempt to highlight some unique challenges that space habitats pose for distributed support systems, such as ours. Among others, the challenges pertain to system deployment, autonomy, resilience, and flexibility. We believe that these challenges and, in general, space colonization constitute exciting research opportunities for the distributed systems community.