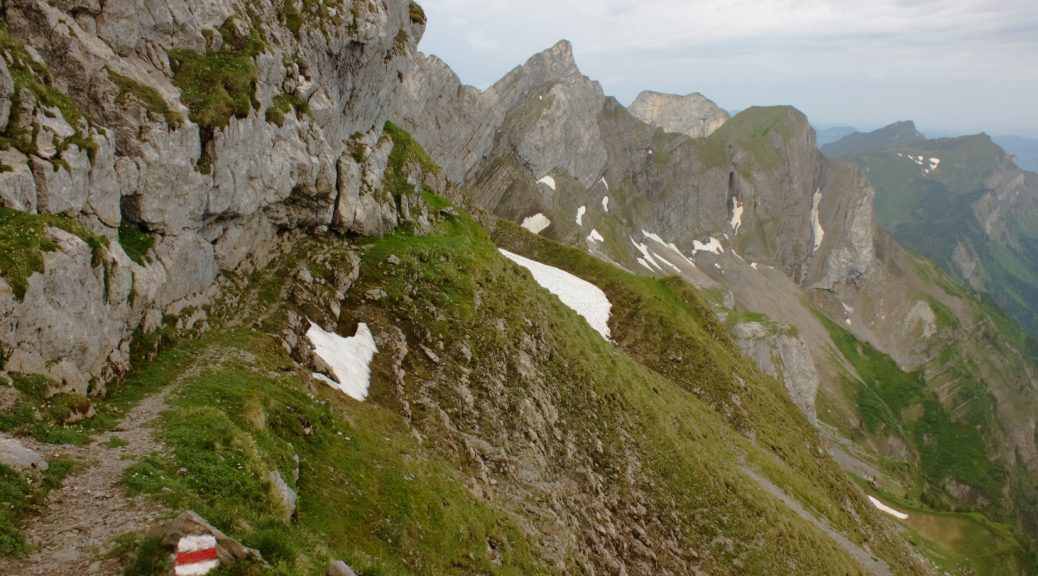 It was like that. Mount Pilatus tempts you when you look at it from Lucerne. It rises majestic above it, promising great views, despite the fact that it is not too high (2128) (at least in Alpian terms) and is spoilt with civilization in the form of a hotel on the top ridge, which can be reached by cable cars. I decided to go for it (and then go down by one of the cable cars). But the weather was not favoreable. That day, when I planned it, it rained and was windy and the peak was hidden in huge clouds. The next day I had to leave Lucerne in the afternoon, and what was more, the weather was supposed to be bearable only in the morning with an abrupt storms in the afternoon. I decided on a compromise option – I will go up by the cable car early in the morning and try to walk a bit near the summit.

But to walk somewhere reasonably around the summit you have to go down. The most tempting was the direction of the picturesque pass with a white chapel. But the descent was not an easy one. Steep and with scree. So I was punished for my ascent by a cable car. I slipped a few meters down, taking two lovely scars on my forearm as a souvenir. That’s how it comes when, instead of a hike, one takes a cable car up.

But the views made me forget about everything else. 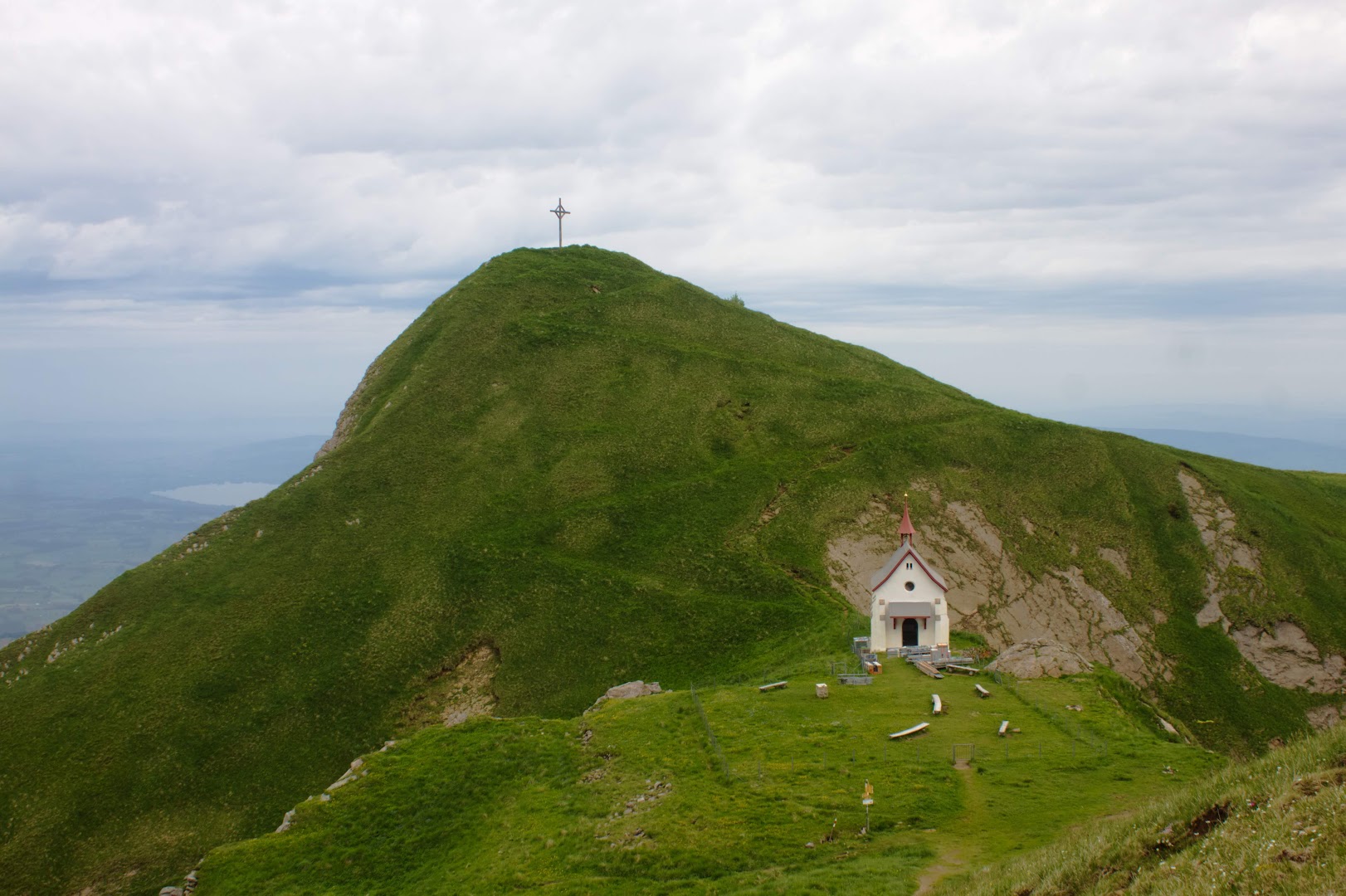 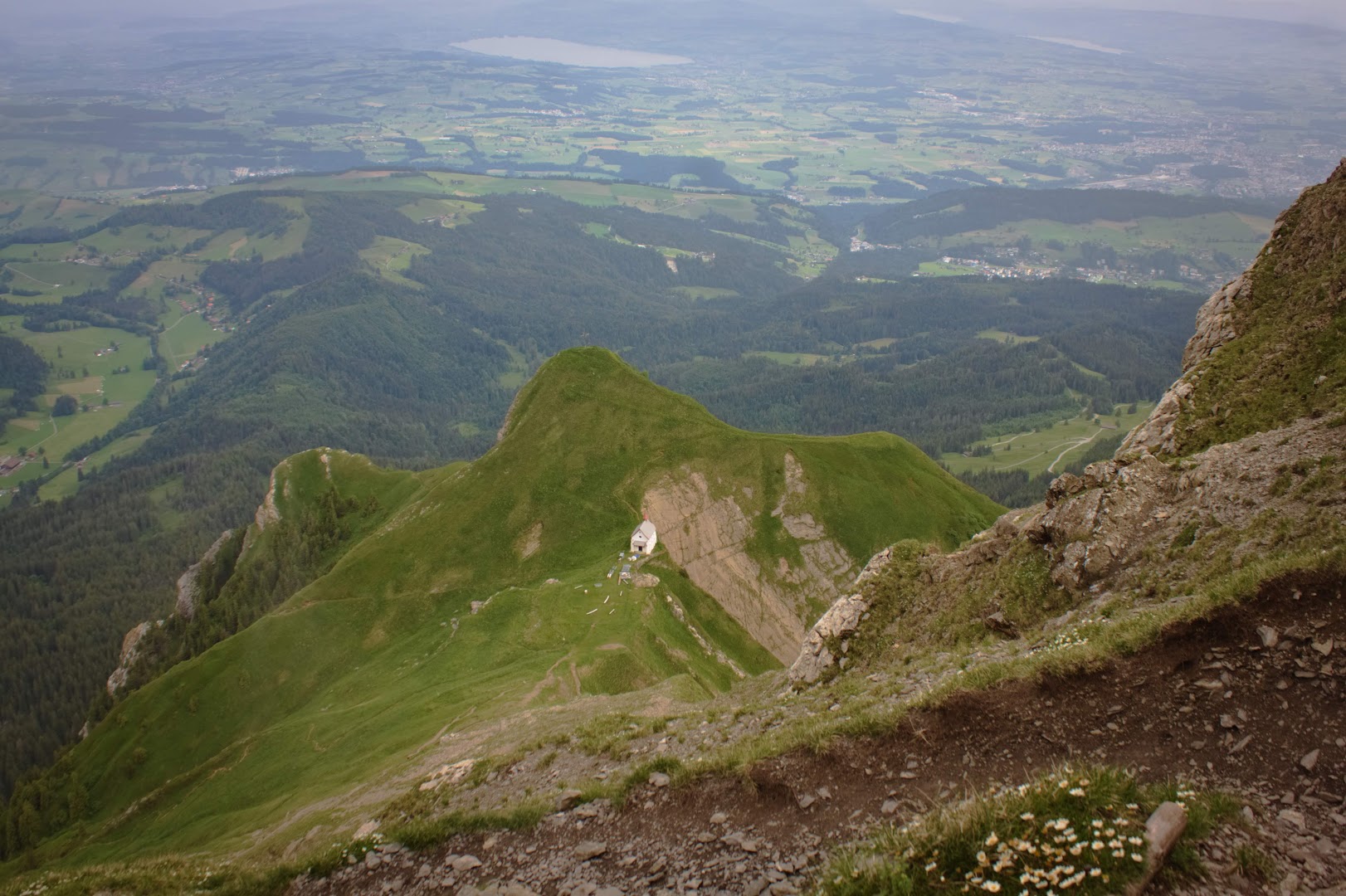 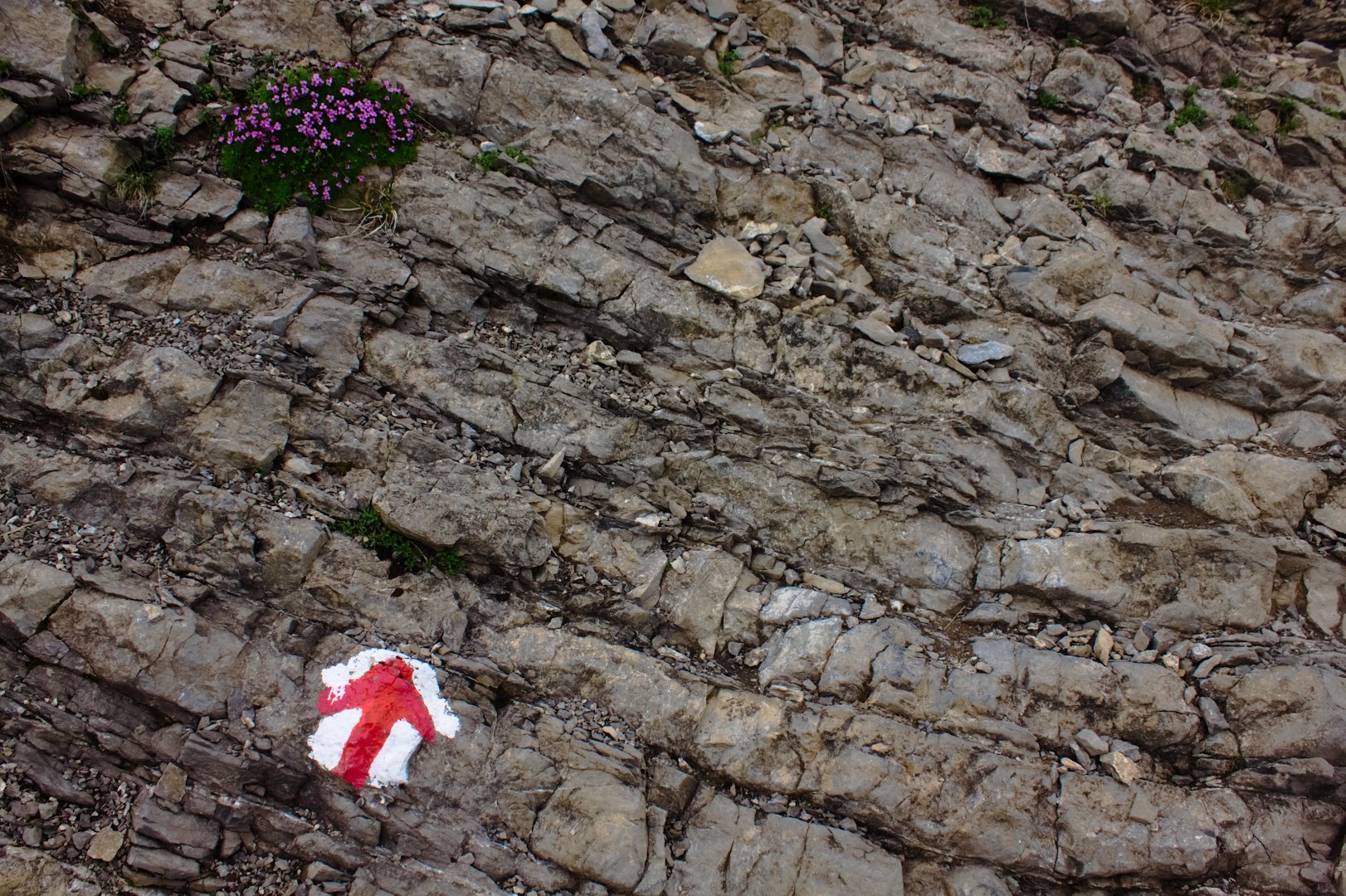 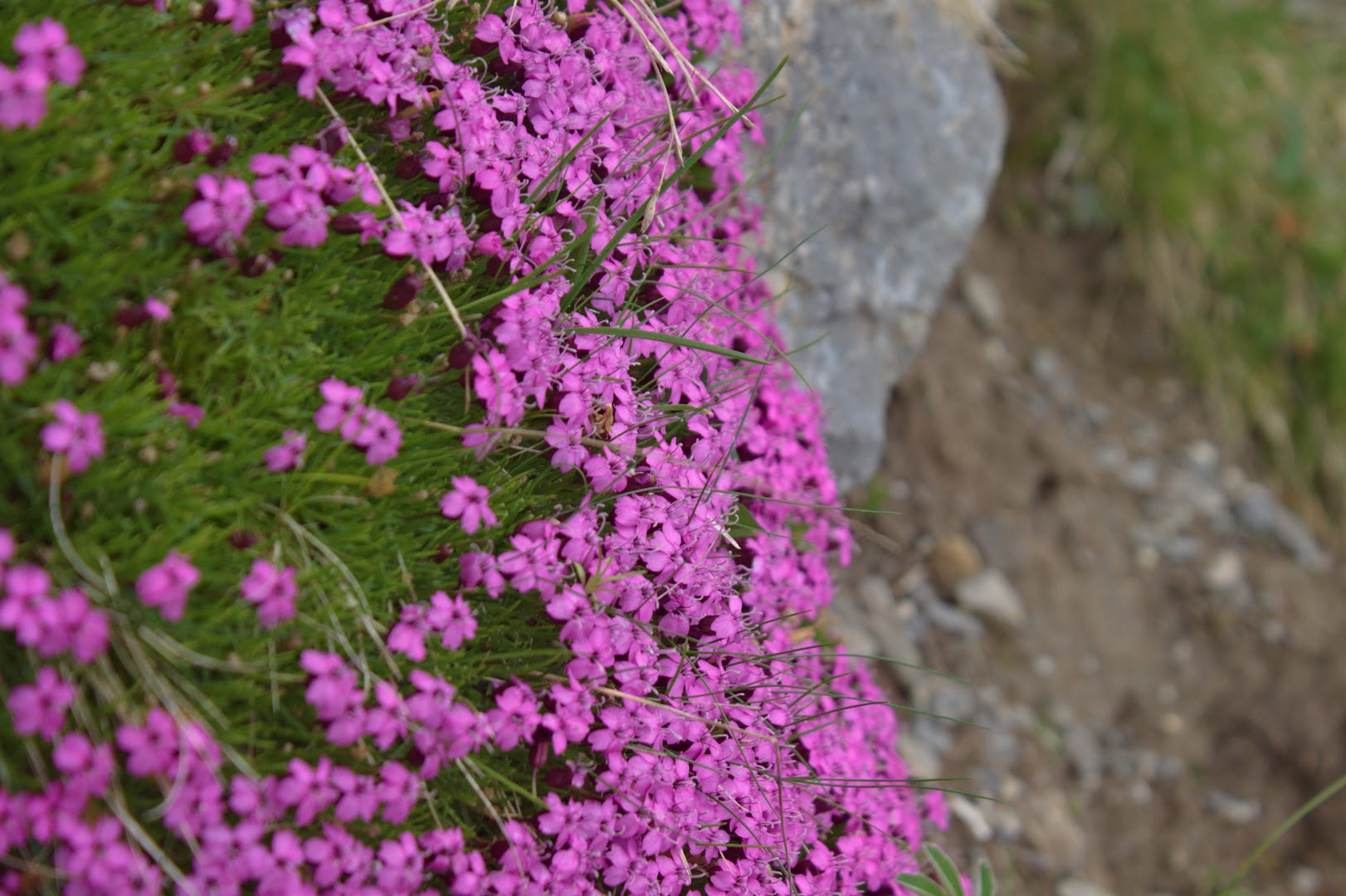 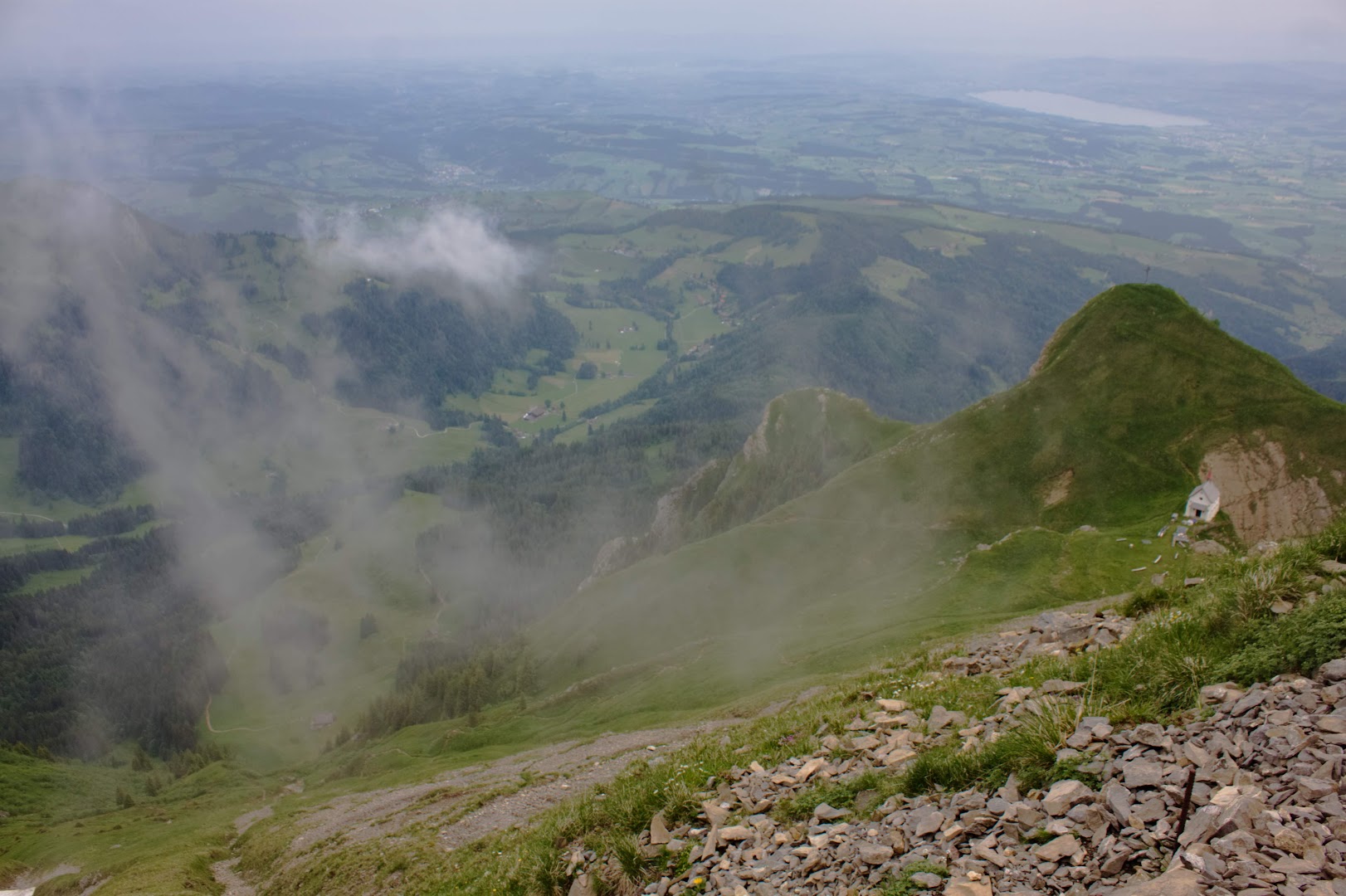 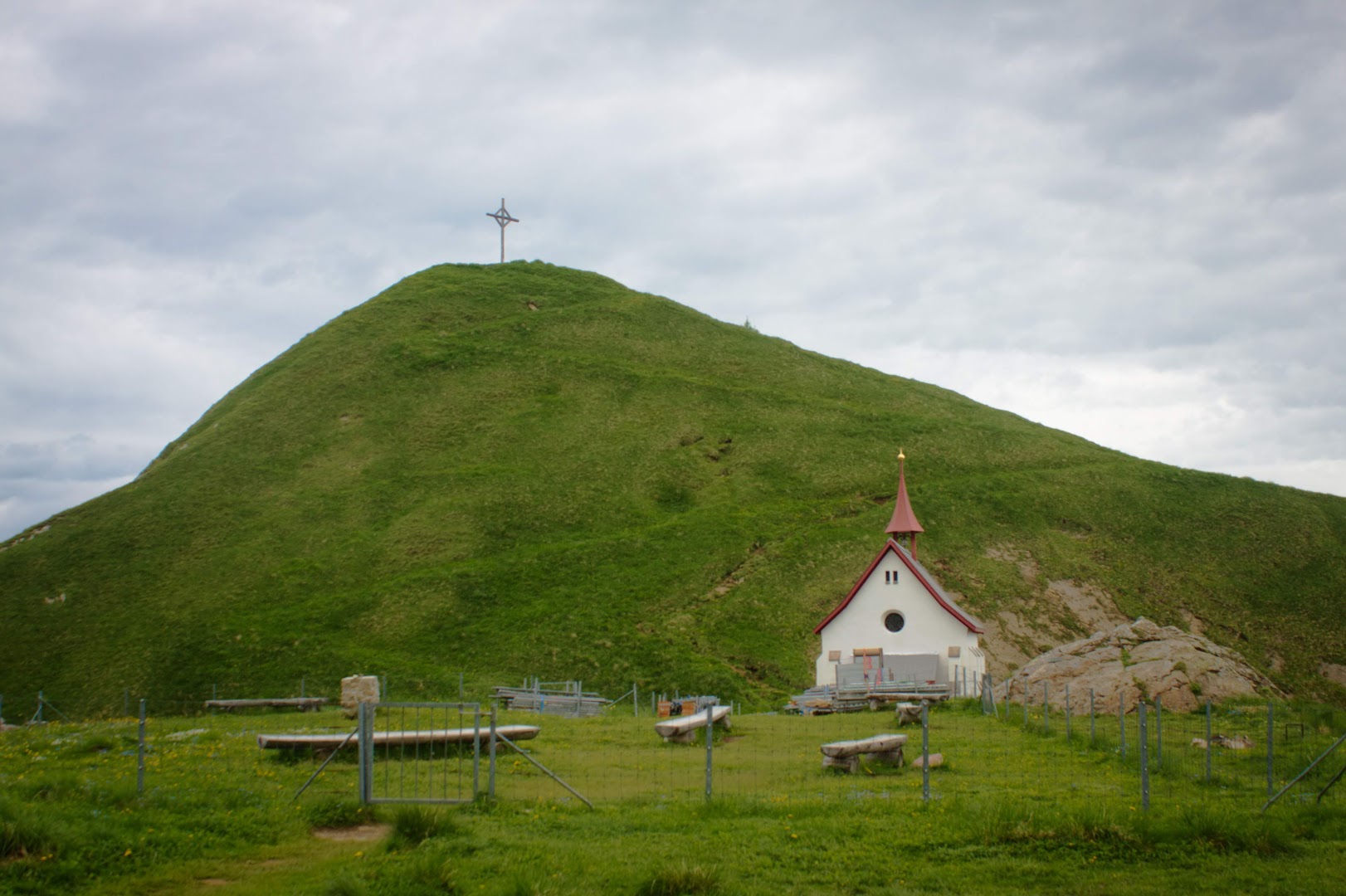 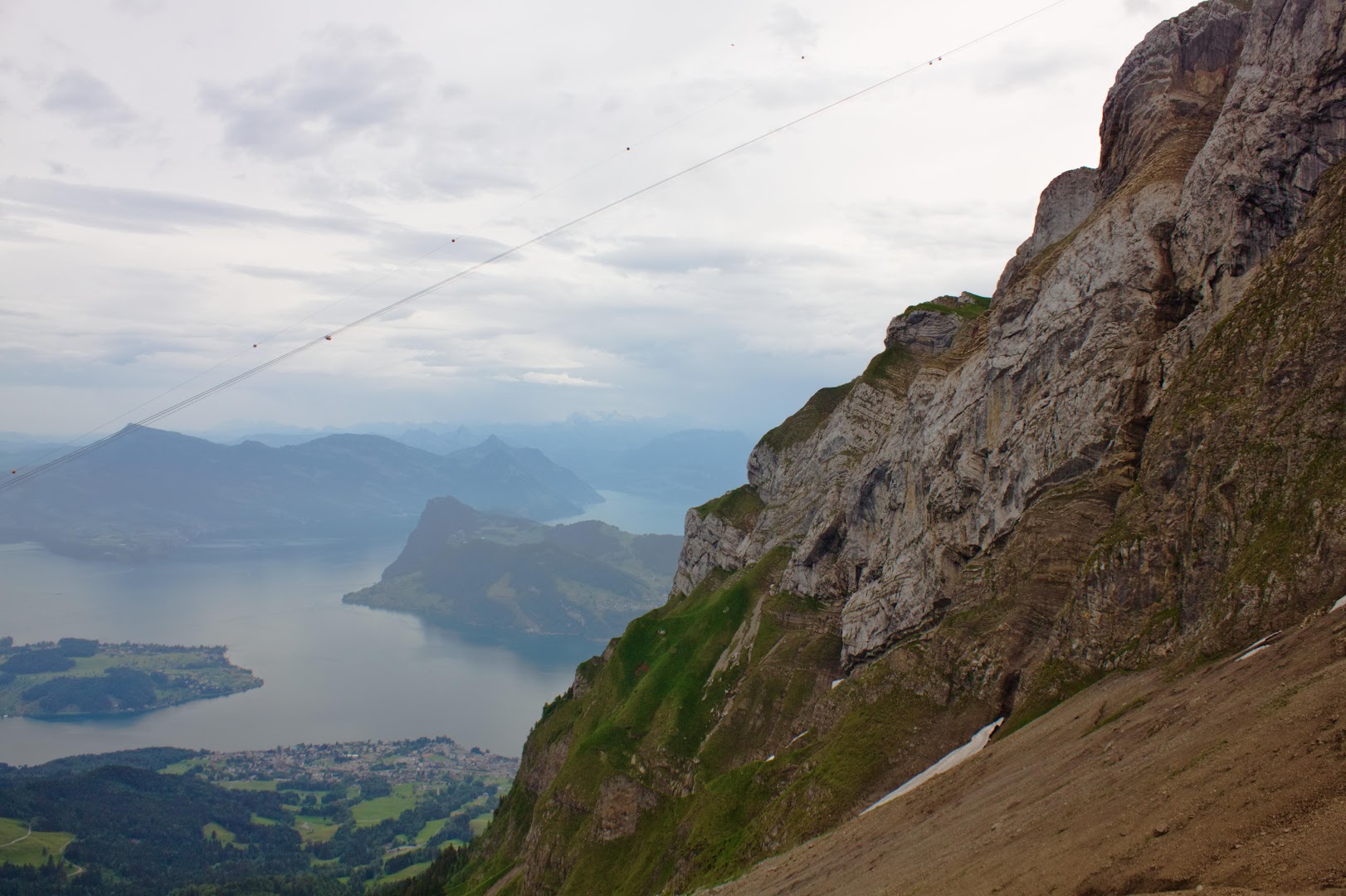 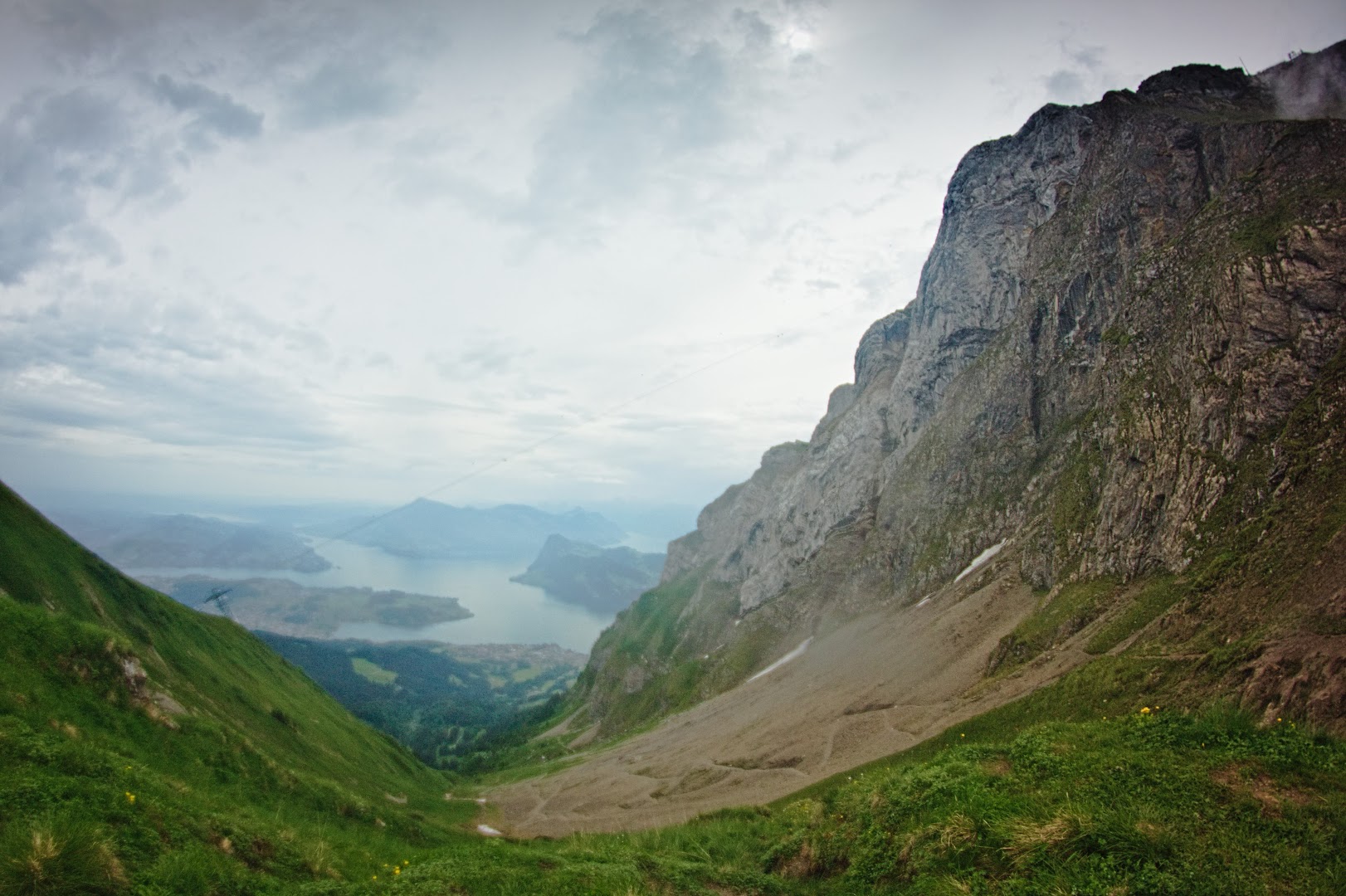 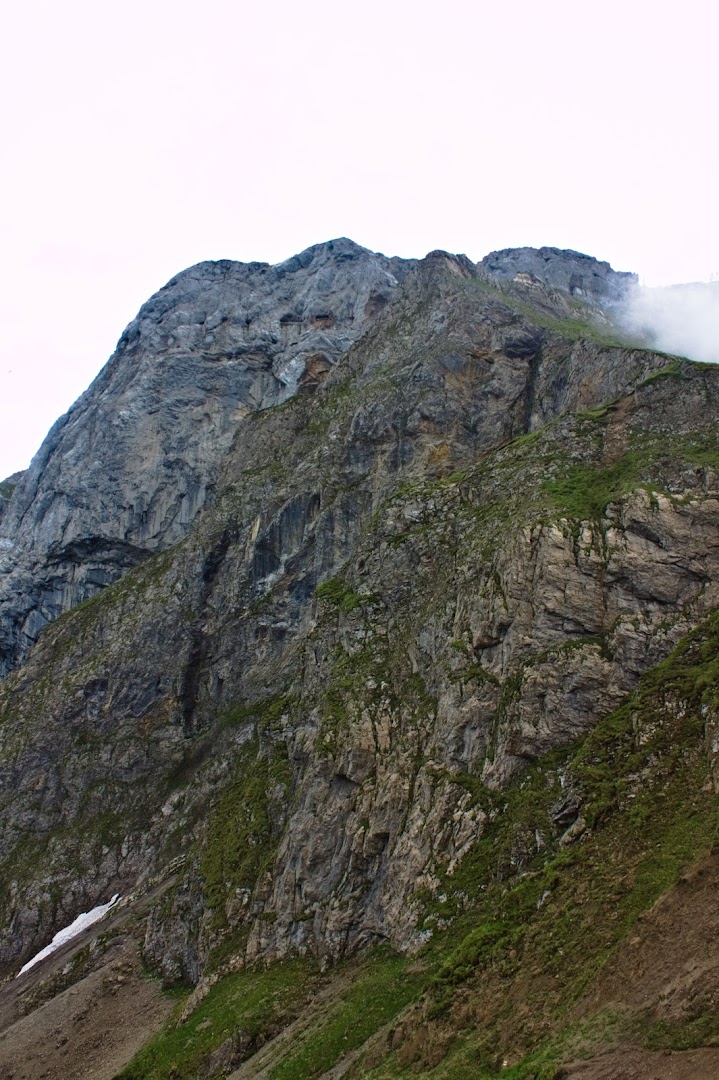 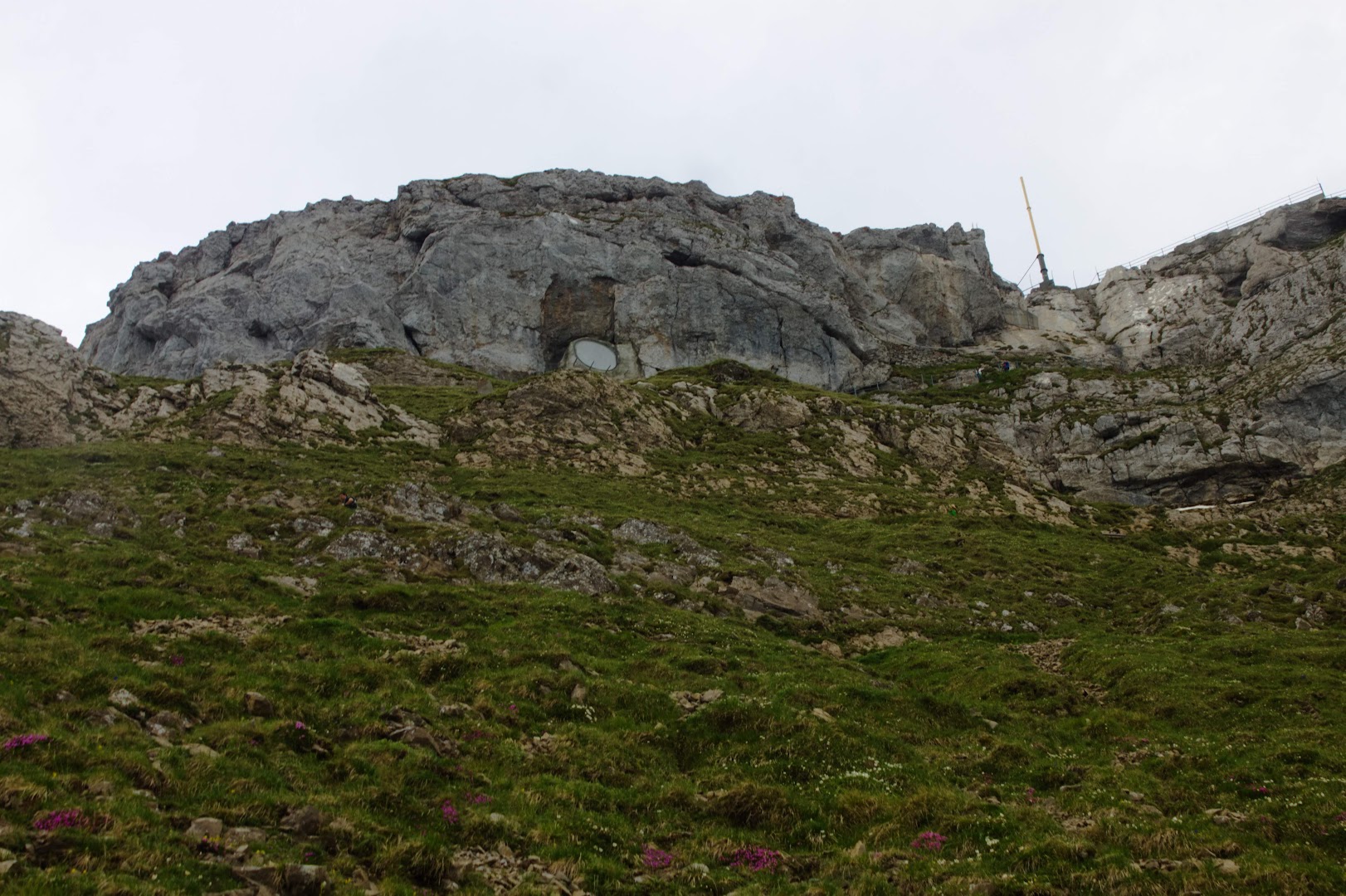 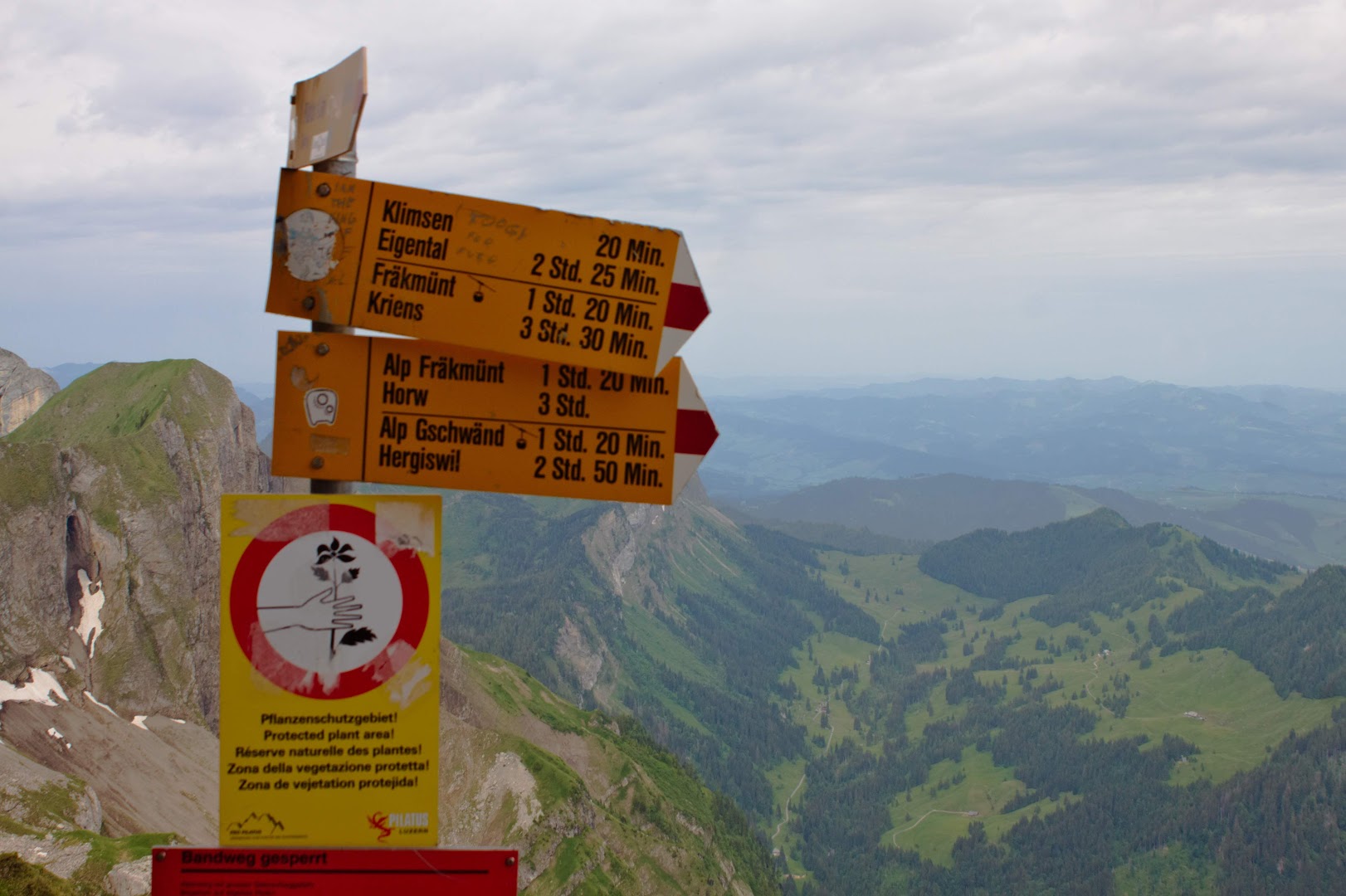 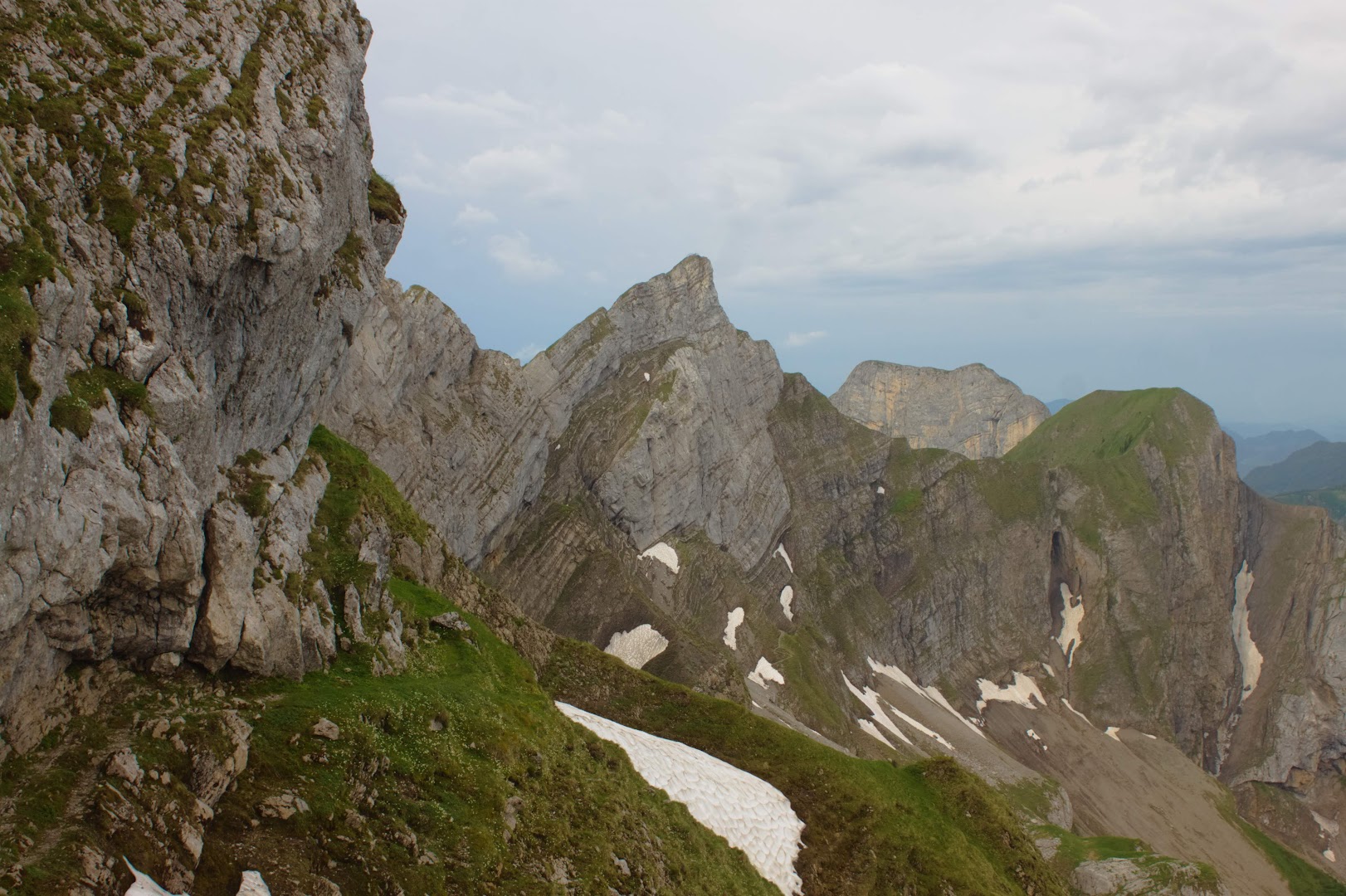 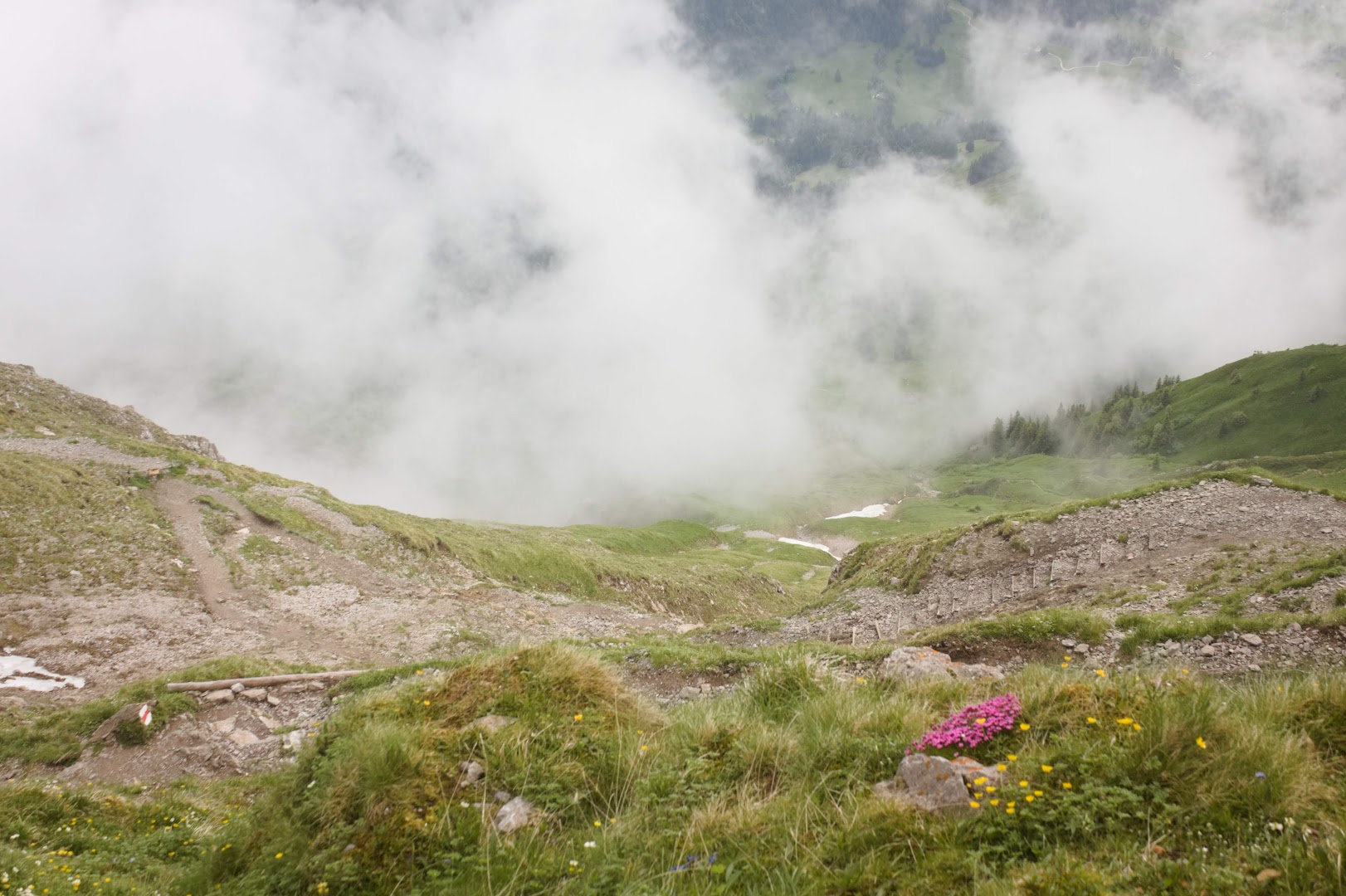 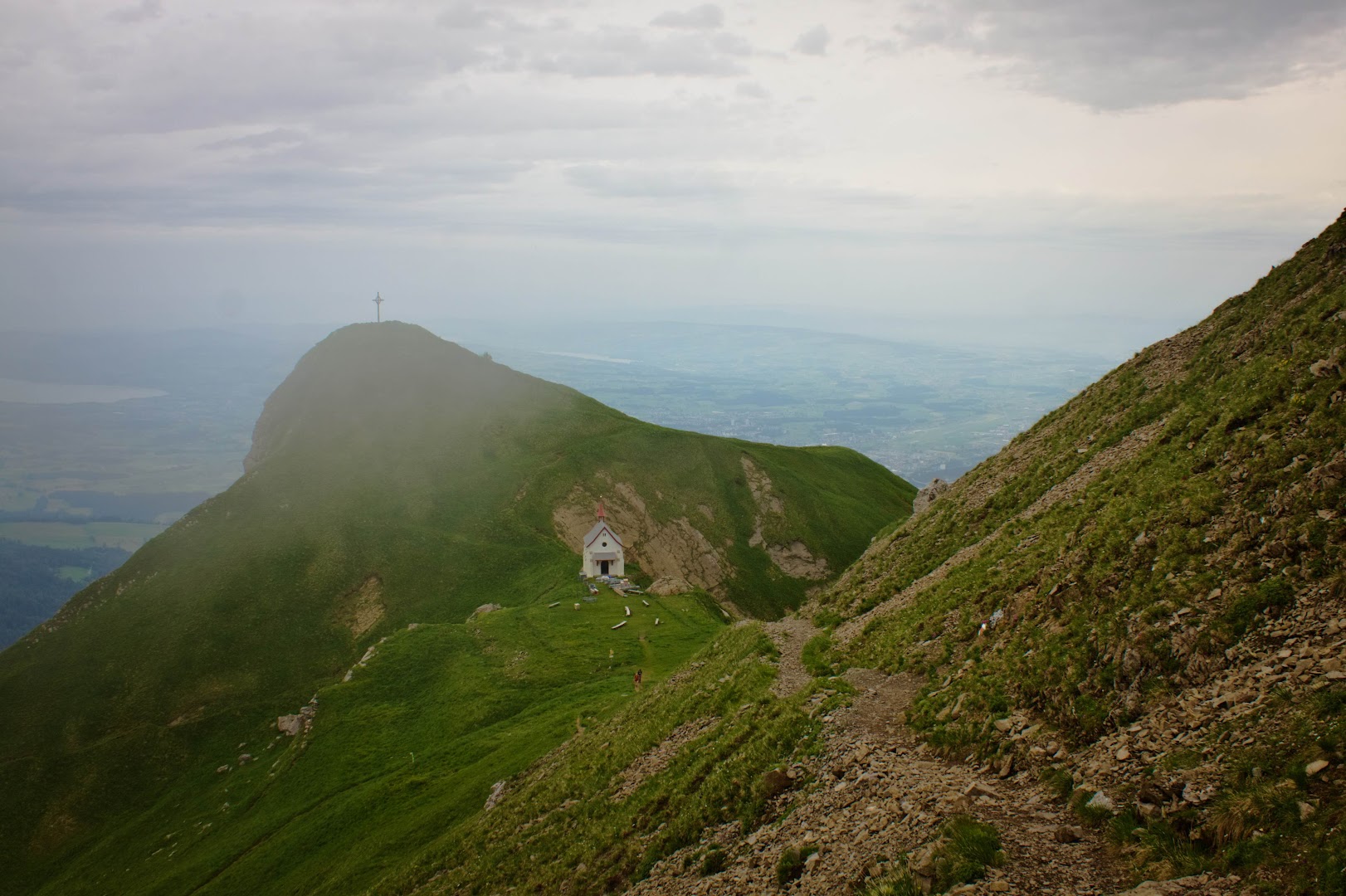 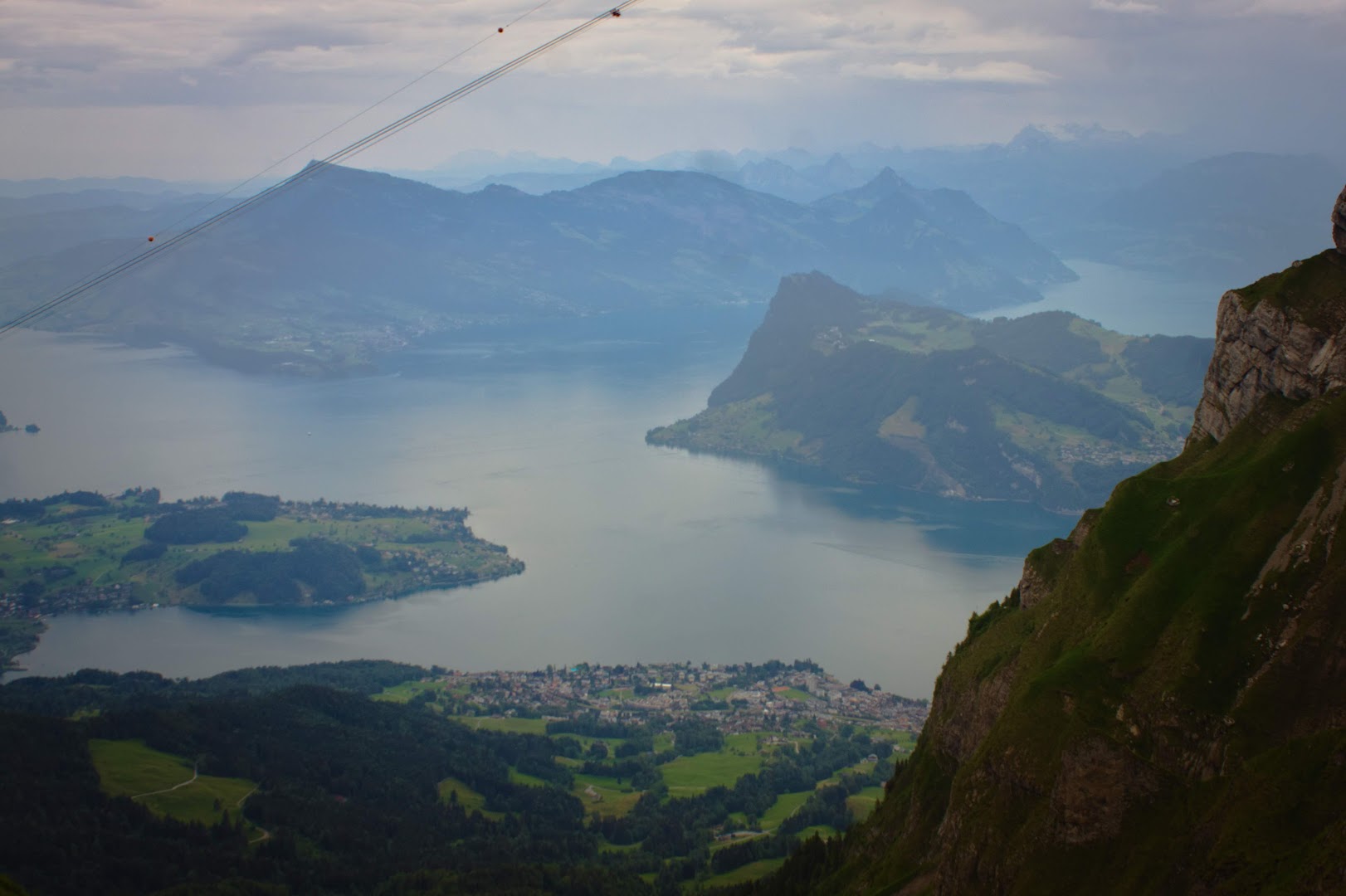 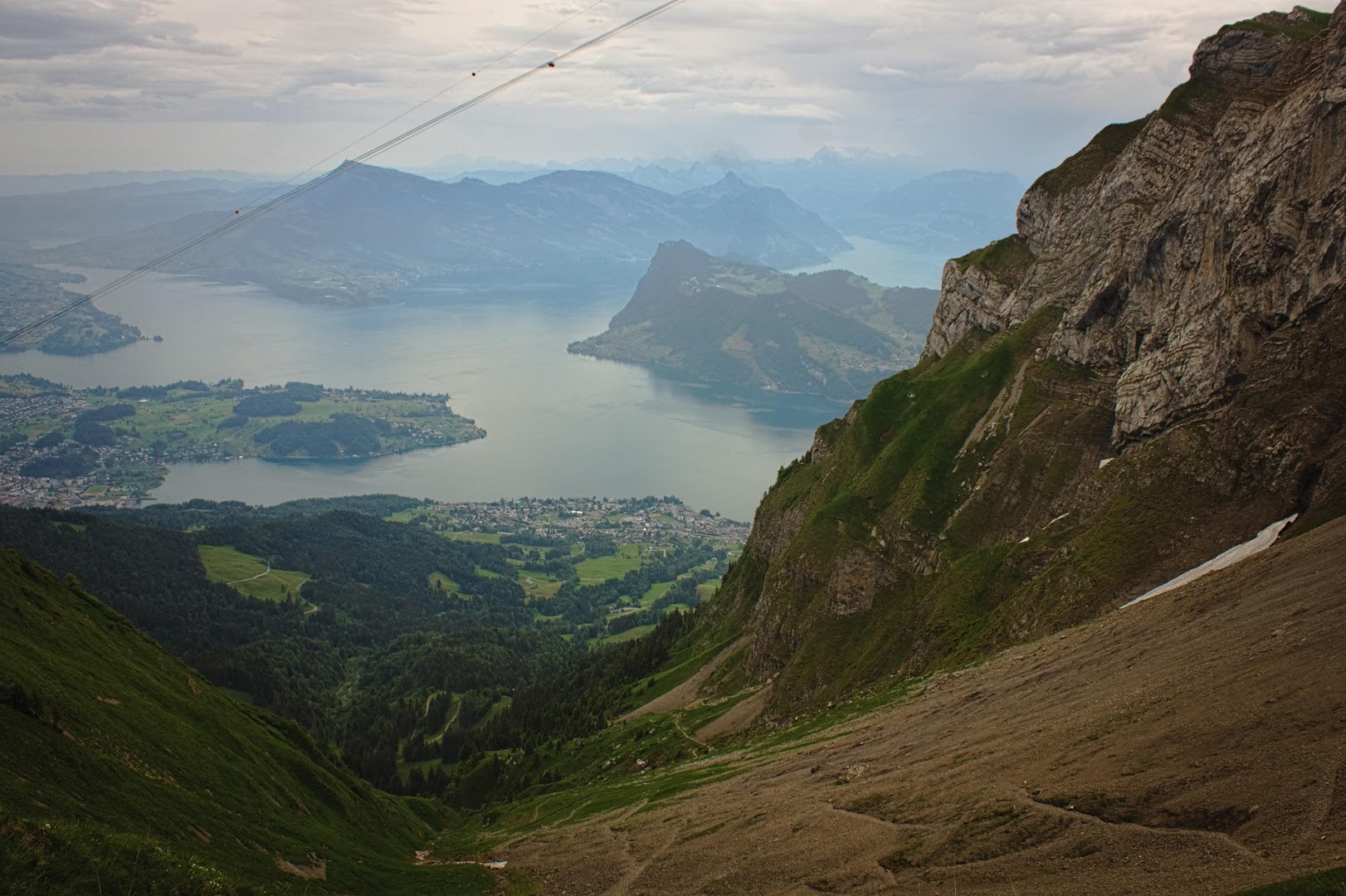 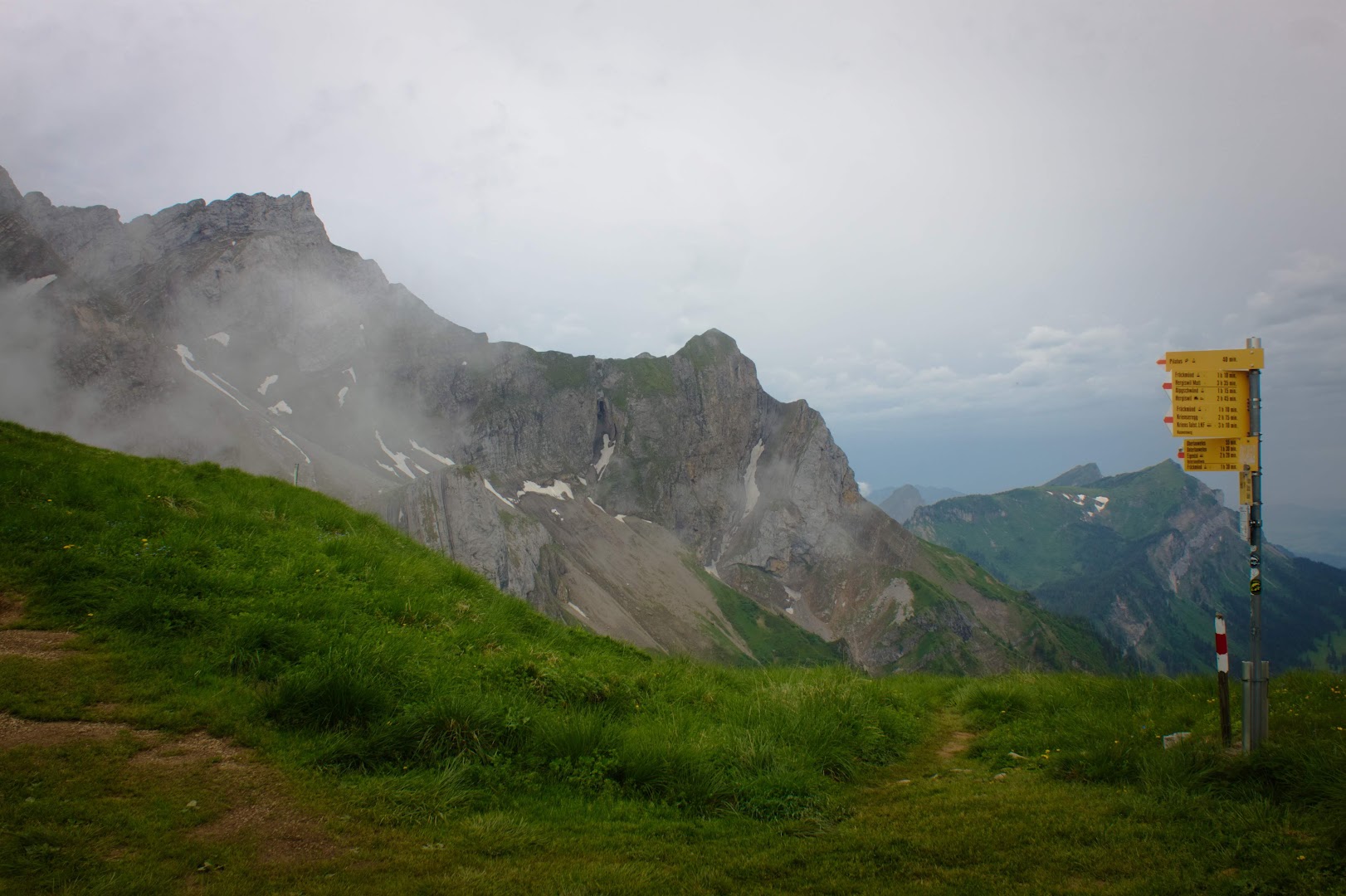 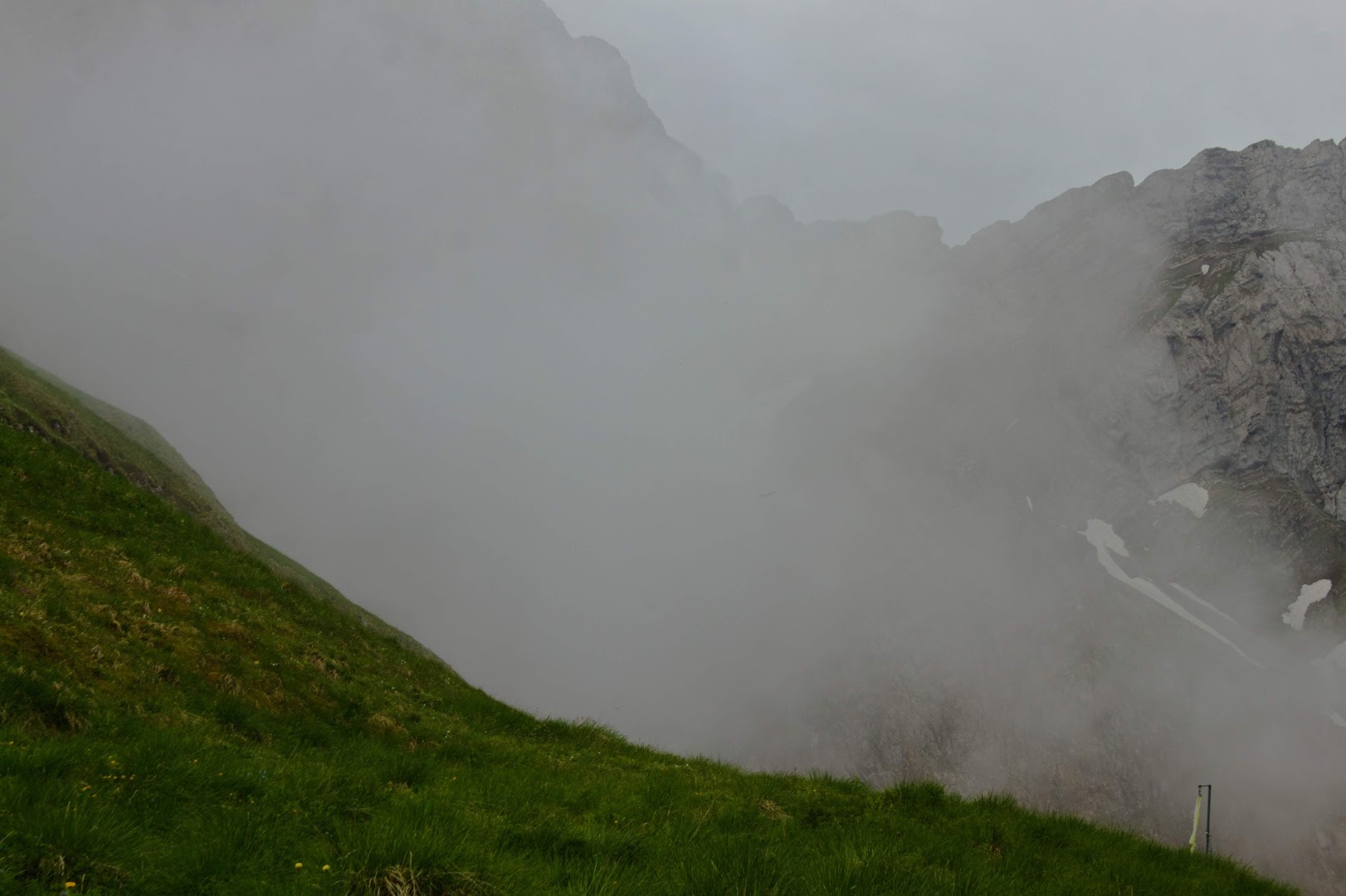 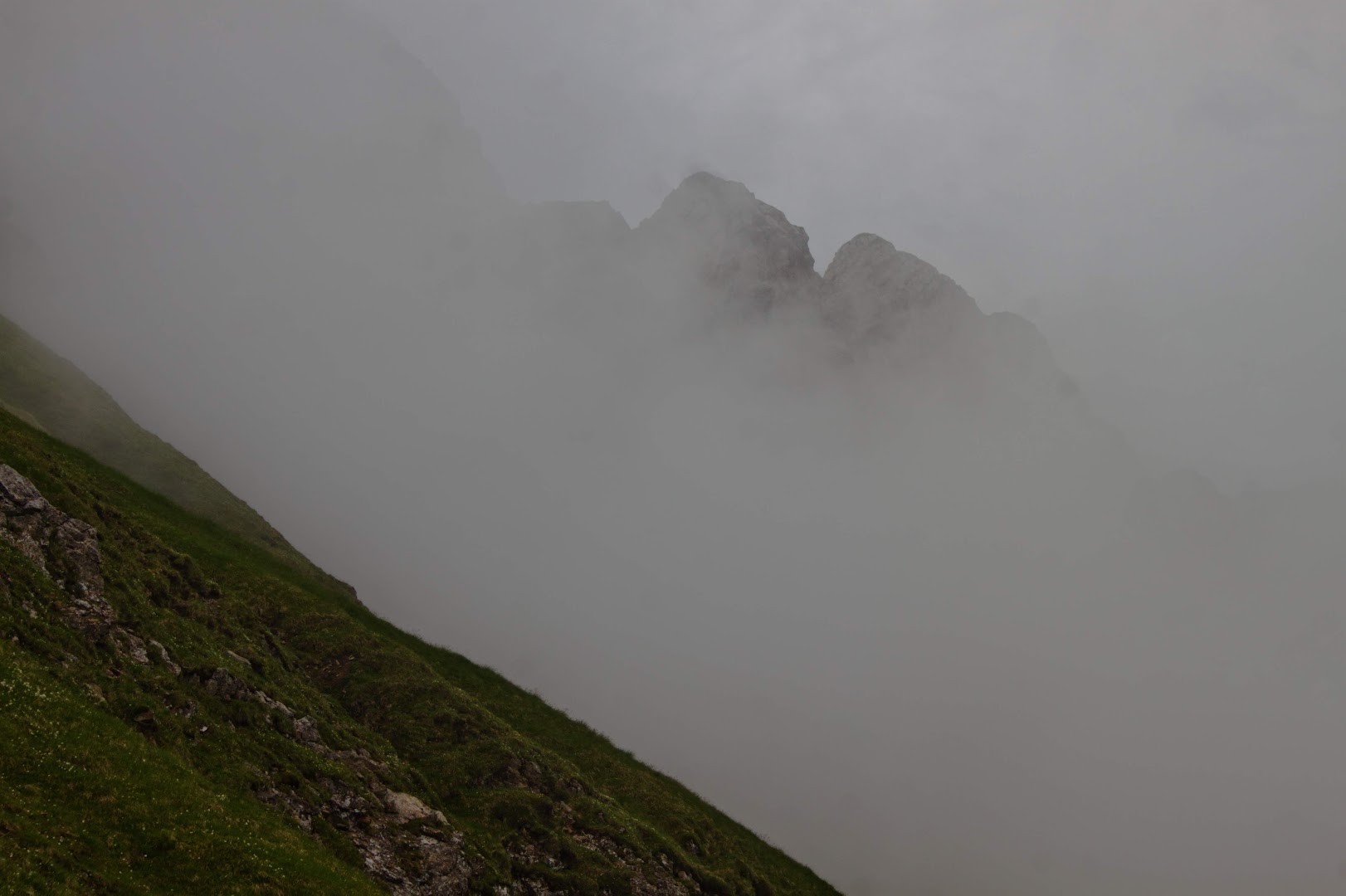 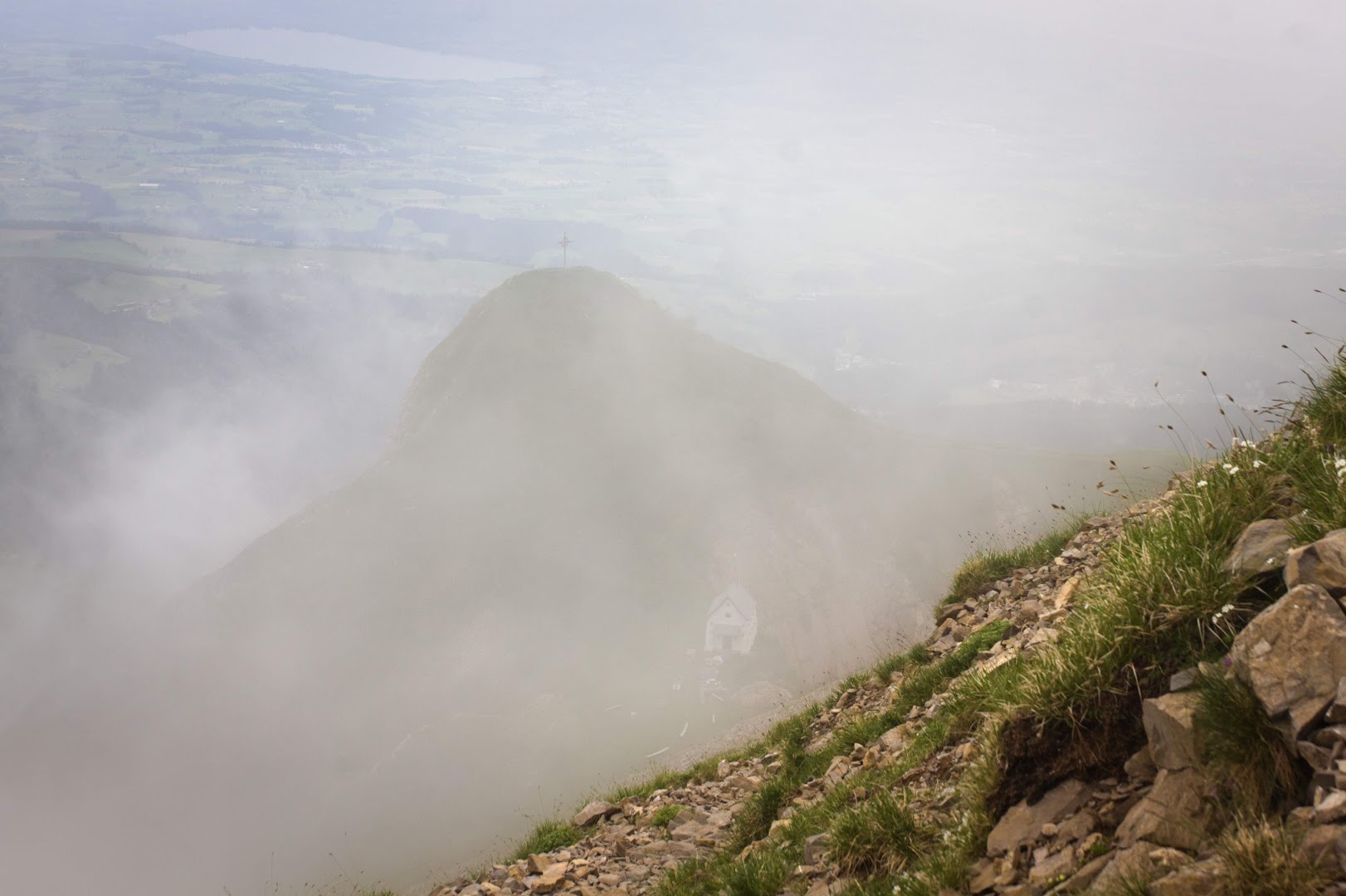