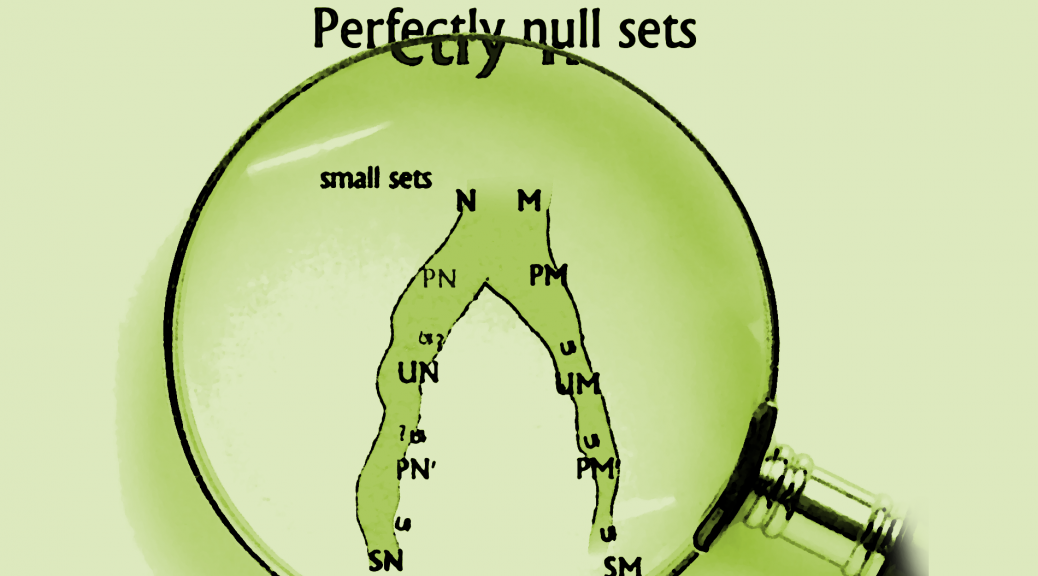 My main field of interest is the set theory of the real line with particular emphasis on measure and category, the aspects of which are magnificently described in the book of Oxtoby (see also: Bukovsky and Bartoszyński-Judah). The whole theory is motivated by the existing duality between measure and category and abrupt decline of it in some cases. The same one can observe defining small sets in the sense of measure and in the sense of category — see the survey paper of Miller, where the author defines classes of perfectly meager sets (sets which are meager relative to any perfect set) and universal null sets (sets which are null with respect to any possible finite diffused Borel measure). Those classes of sets were considered to be analogous in some sense, though some differences were proved.

Zakrzewski proved that two other classes of small sets in the category branch defined earlier by Grzegorek coincide and have some properties dual to the class of universal null sets. Therefore he called this class universally meager sets. It is obvious that universally meager set is perfectly meager, but it is consistent with ZFC that those classes are different. We define natural class of ,,perfectly null” sets in the Cantor space — the sets that have measure zero in any perfect set P  with respect to the canonical measure — a measure taken form

by canonical homeomorphism between it and P. It is obvious that every universally null set is perfectly null, but it is still not known whether this class is at least consistently different from the class of universal null sets. I am also interested in properties of transitive versions of this class in a sense of some additive properties — as an analogy of perfectly meager in the transitive sense sets.

See also my slides on this topic (Winter School, Hejnice, 2015).