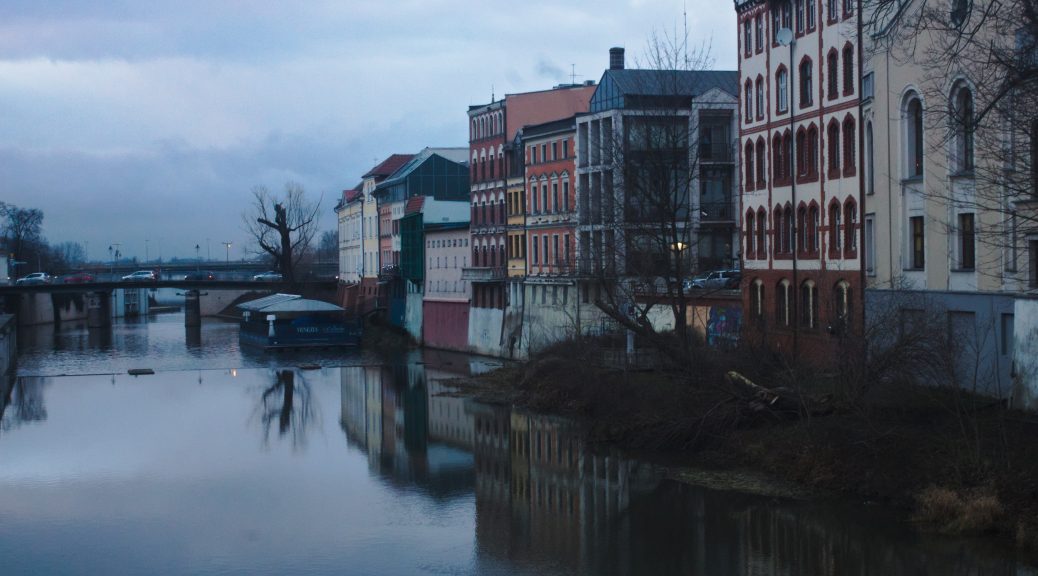 City centre of Opole surprised us. It is not alike other capitals of regions. It is rather modest, without big motorways and grand squares. Slightly parochial. From the bridge over Oder you can see a lot of empty space, and further on blocks of flats. Views from the Tower of Piasts seem like views over the city only in one direction of Old Town. But maybe it should not be so surprising. Opole is the smallest after Zielona Góra capital of a region in Poland.