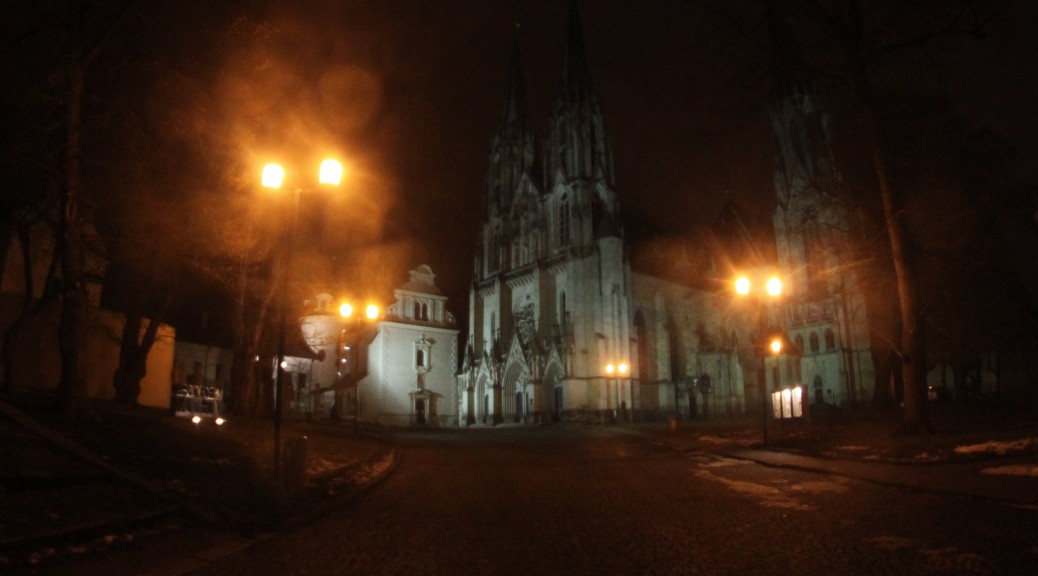 Olomouc is one of the most amazing cities in Czech Republic. It is said that it is a reflection of Prague in some big mirror. The finest city, just after Prague.

Indeed, Prague lies on the banks of Vltava river. Olomouc is situated on calm Morava river, which here spreads into three riverbeds. Both cities have huge old towns. Both are or were capitals, Olomouc, which was founded probably in 3rd or 6th century, was the capital of the Great Moravia. Both cities have impressive cathedrals: Saint Vitus in Prague and Saint Wenceslaus in Olomouc. Both cities are famous of their old town squares and and town halls with their clocks.

It seems that the mirror reflecting Prague in Olomouc is somehow distorting. Because instead of famous Apostles from Prague, here you can find statues of socialist workers, who strike every hour with their hammers. Only roosters are quite similar.

The squares of Olomouc have even more contradictions. In the centre you can find the baroque Holy Trinity Column (in the chapel underneath there are reliefs of panoramic views of Olomouc and… Jerusalem, as if someone was looking for similarities). Next to the column stands a statue of Heracles, as if just in case. Ego of the residents is boosted by a fountain of Julius Caesar, who according to a legend founded this city. On the other square the Blessed Virgin is looking straight at Neptune, who by the way has quite a long way to his marine kingdom.

All this viewed late in night (a train to Poland departs about two in the morning) and with a backpack on my back, makes a vague and quite surprising impression of a man and human nature. Nature full of fatigue, pettiness and complexes, but also full of faith, greatness and hope for better. This experience is worth it.