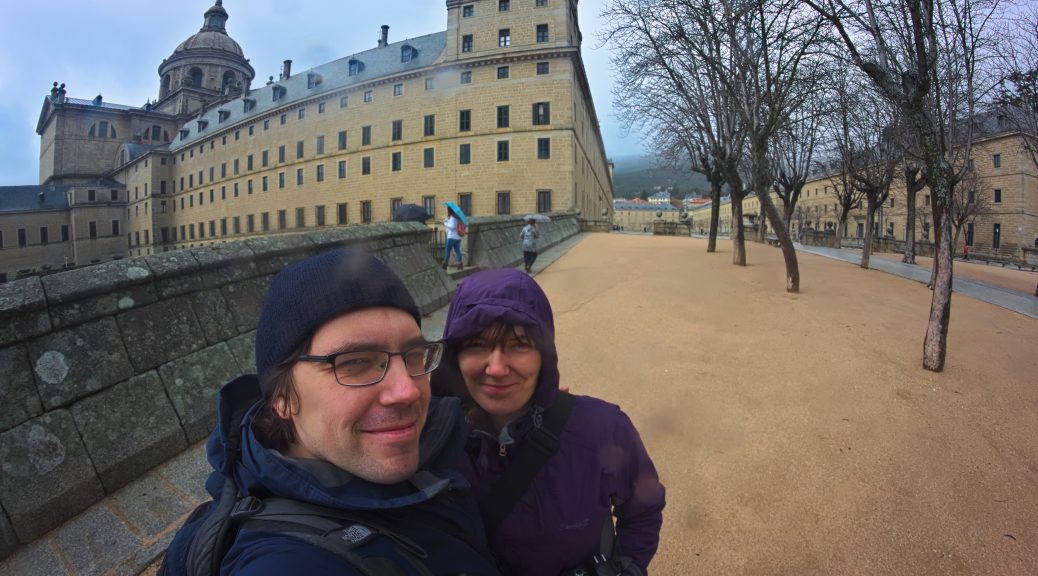 In a slightly inhospitable place with cold winds coming from the surrounding mountains Spanish kings built a monastery, or rather a palace, or rather a royal pantheon. In the austere style of late Renaissance, in the form of grate which shall remind the martyr’s death of Saint Lawrence. It is prohibited to take pictures in most of the interiors.

In the Pantheon lay Spanish kings and queens. But only those queens which were mothers to kings. It is nearly full — the bodies of grandparents of the current king, which will take the last free places, lay in a separate room, which only the monks can access. According to tradition, their bodies will be placed in the Pantheon after several dozen of years, when the bodies are in full decay, because only then they can be fitted into small coffins which can be placed in sarcophagi of the Pantheon.