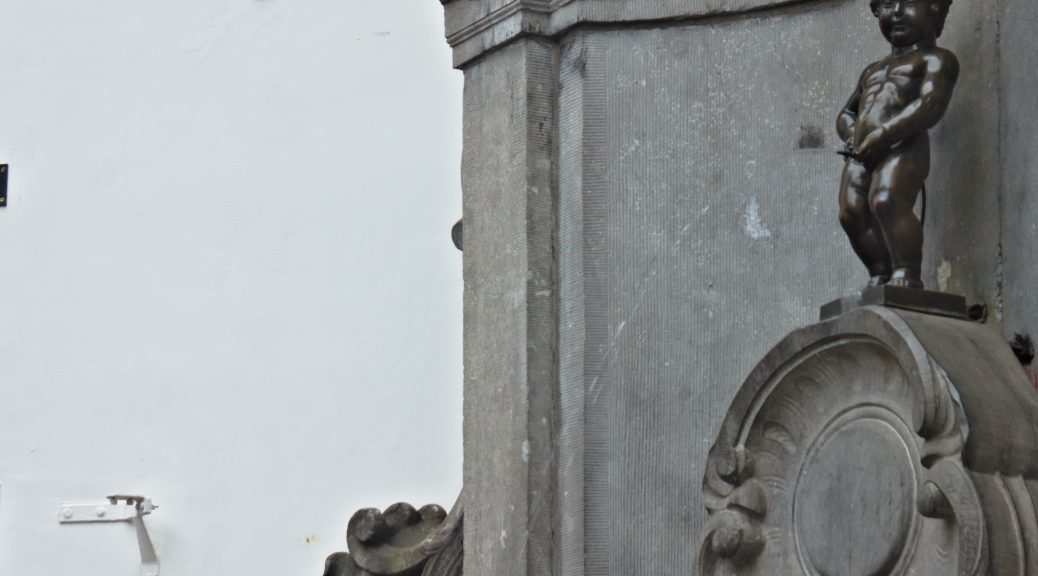 The first thing I saw after leaving the station in Brussels was a man (definitely in a limited state of consciousness) who peed on a wall of the station. The association did not come to my mind immediately. Only when strong scent of urine assaulted me for the second or even third time in alleys of this city, only then it dawned on me that indeed a boy peeing publicly and without any embarrassment is a symbol of this city. In the old centre of it the boy appears in many forms: small and big, plastic and chocolate, or holding a Belgian waffle in his second hand. Maybe it influences behaviours (and smells) of this city? Even despite refined and rich Grand Place with impressive amount of gold attached to its buildings?