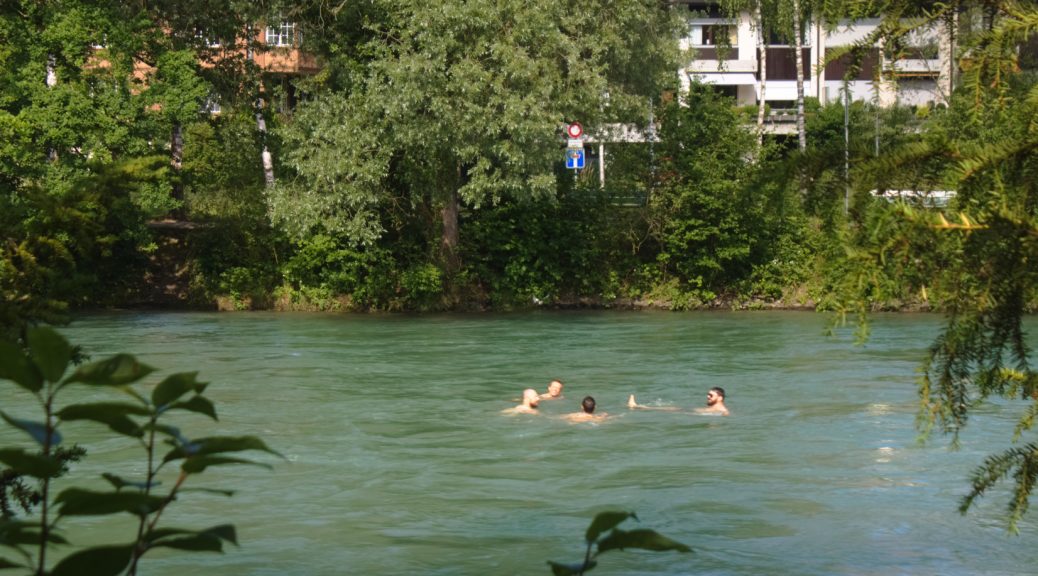 The river Aare flowing through Bern and surrounding the Old Town with its picturesque gorge, where it even has a fenced part for bears that are the symbol of the city, is very fast and cold – with temperature of a mountain stream, and slightly overflowing.

Nevertheless, on its slightly simpler stretch, up from the Old Town, children, young people and elders swim down with its currents. Some get into it at the stairs, some jump from the bridge. All of them are carried by the current for about 5 kilometers, and then in some miraculous way, the crowds catch the railings on the bank before the river flows over the weir separating the gorge surrounding the Old Town. Then the crowds, barefoot and in swimsuits, march up the river to let go with the current again. Such is the local Saturday entertainment.

I gave it a try symbolically, but not in the main current and not for 5 kilometers, but rather for about 200 meters near my campsite. I was freezing to the marrow. 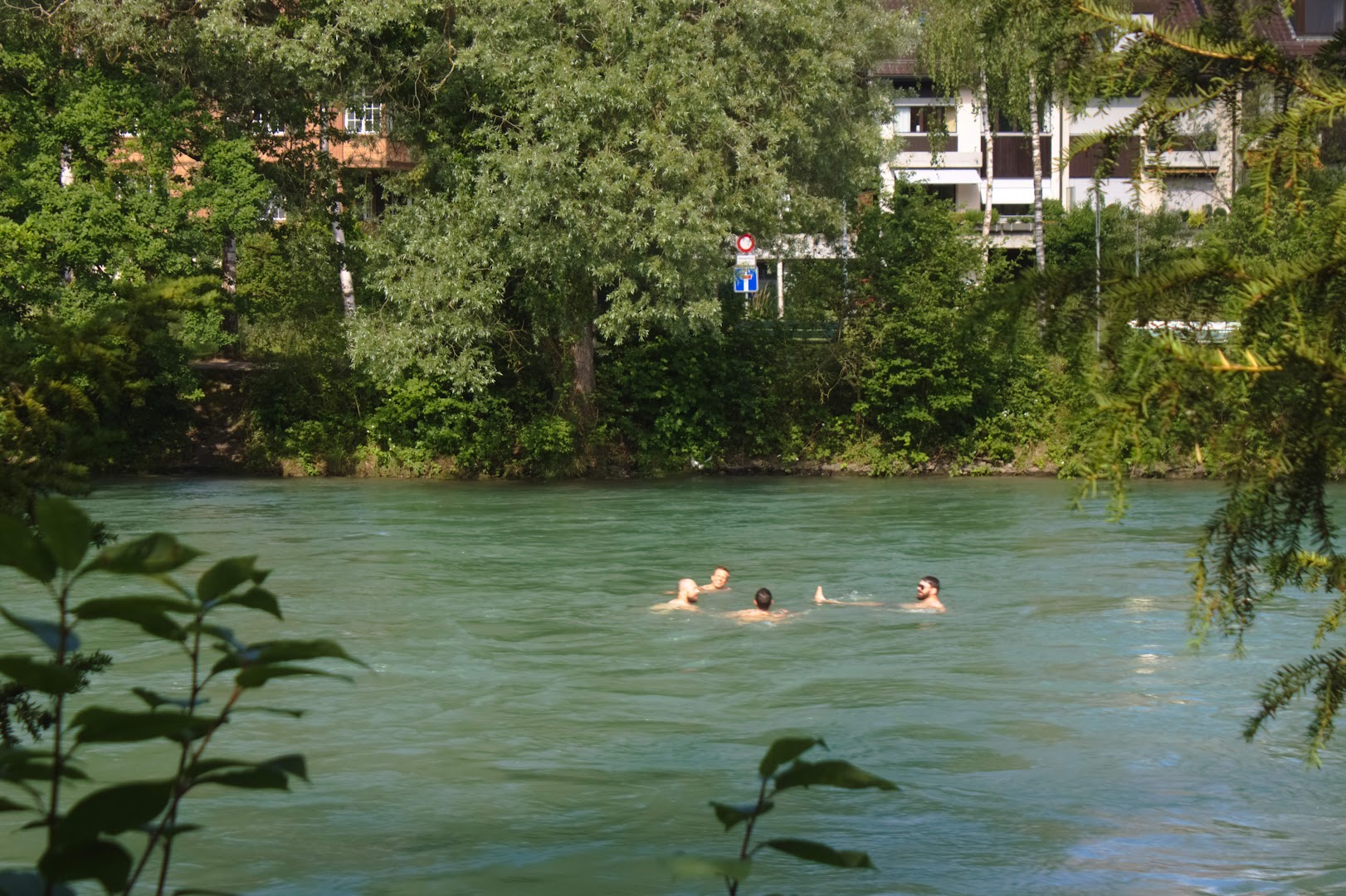 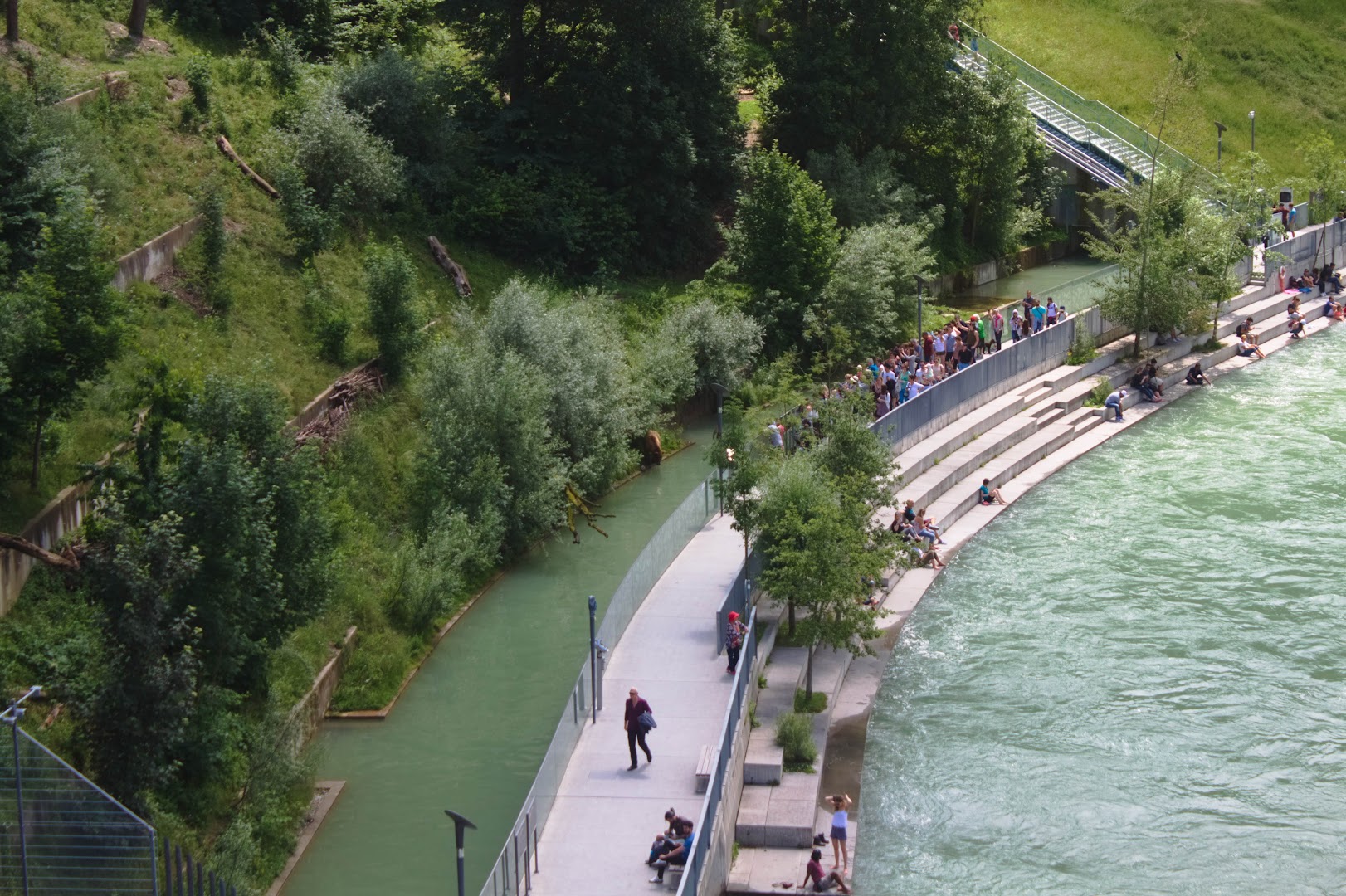 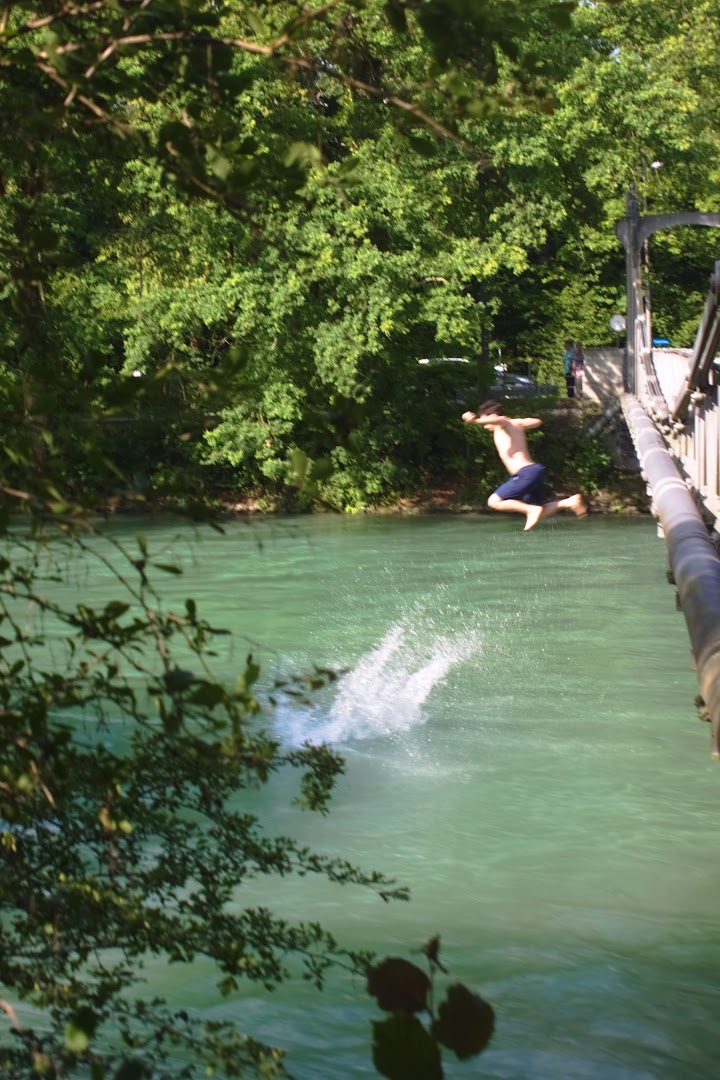 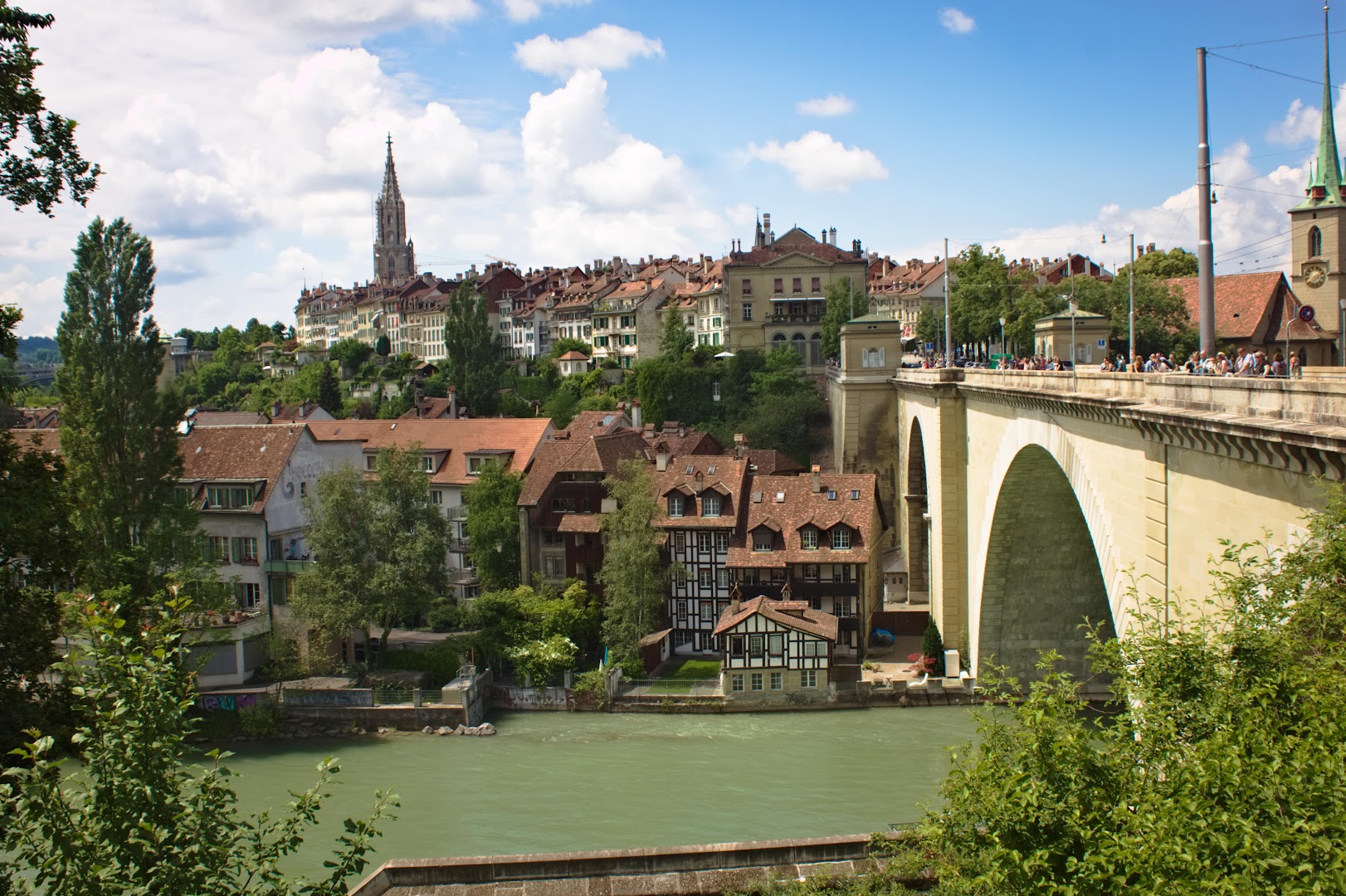 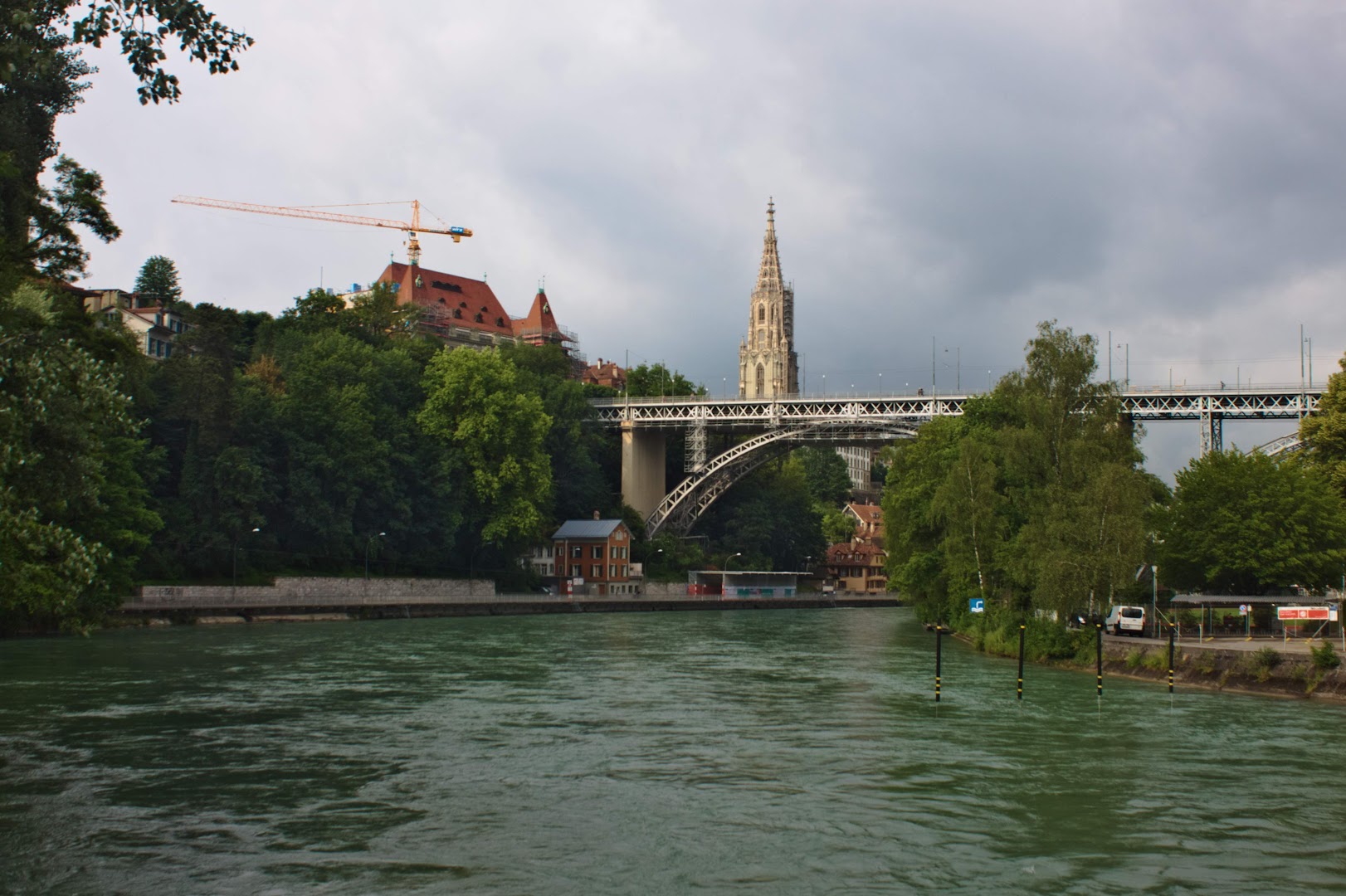 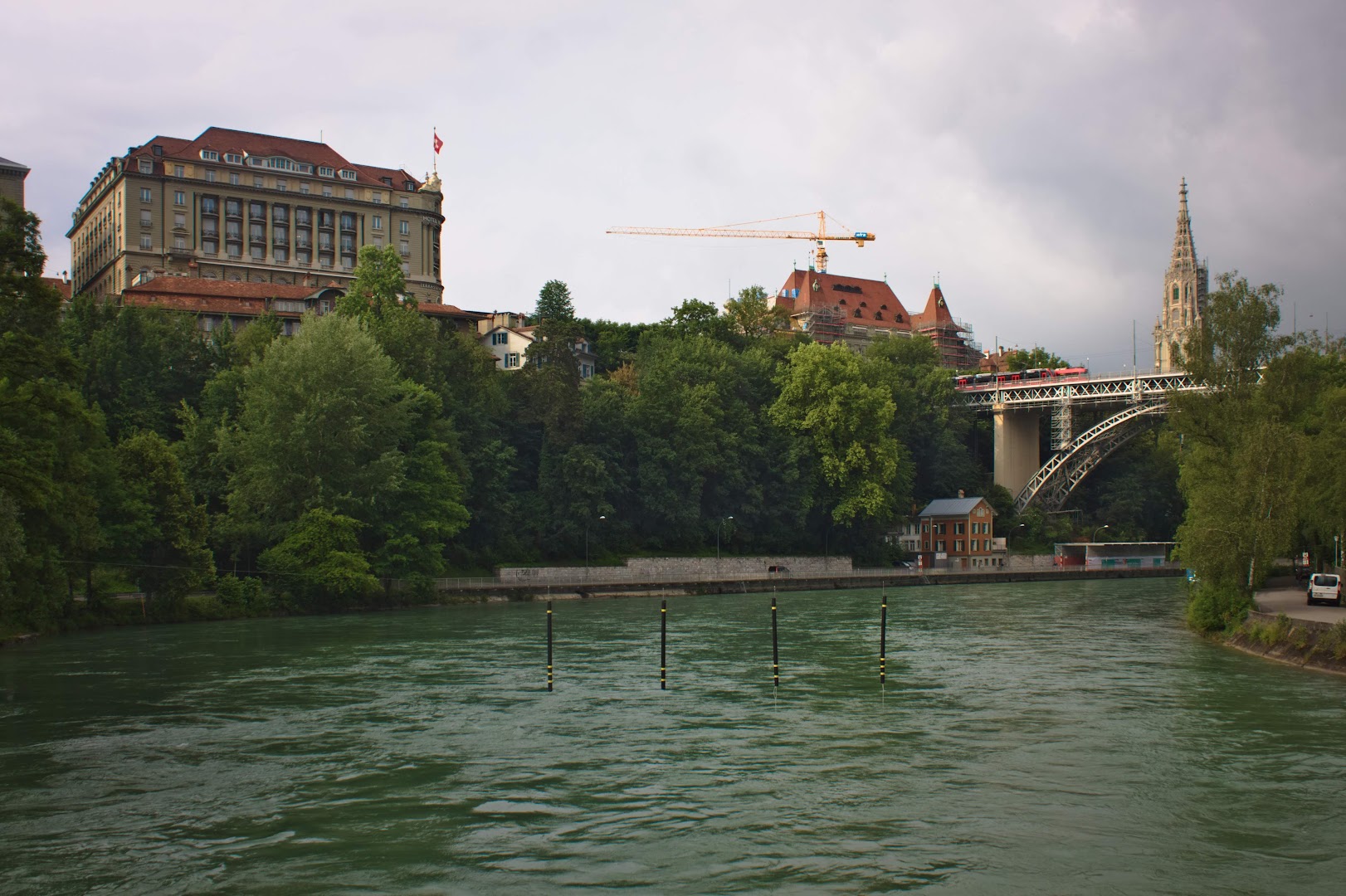 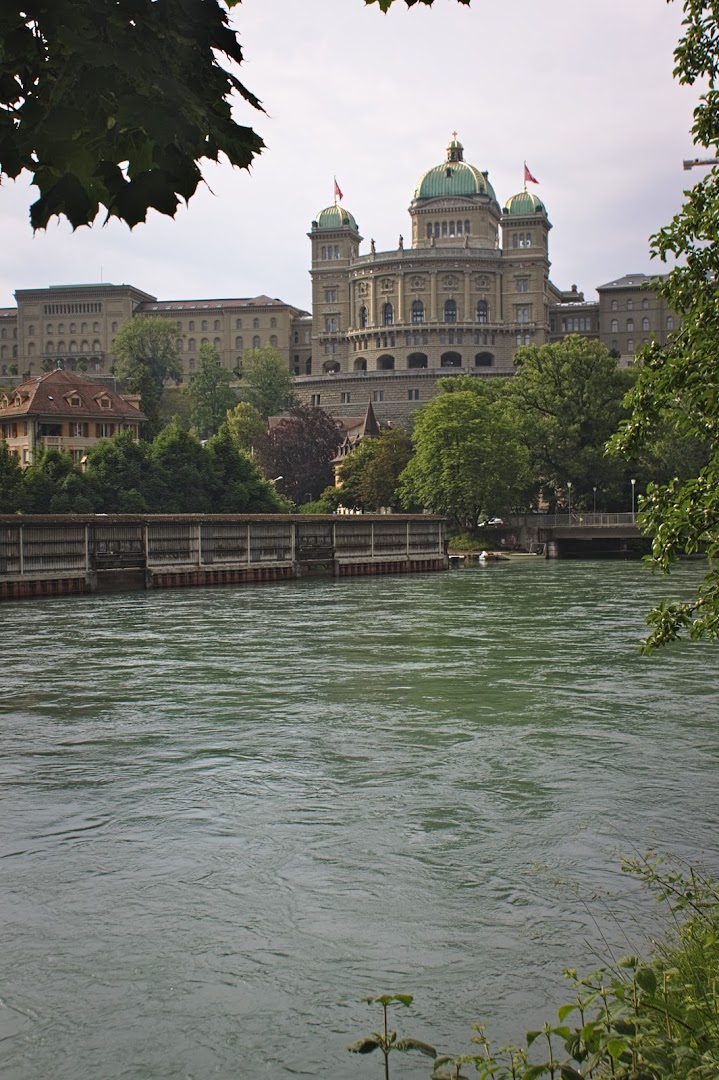 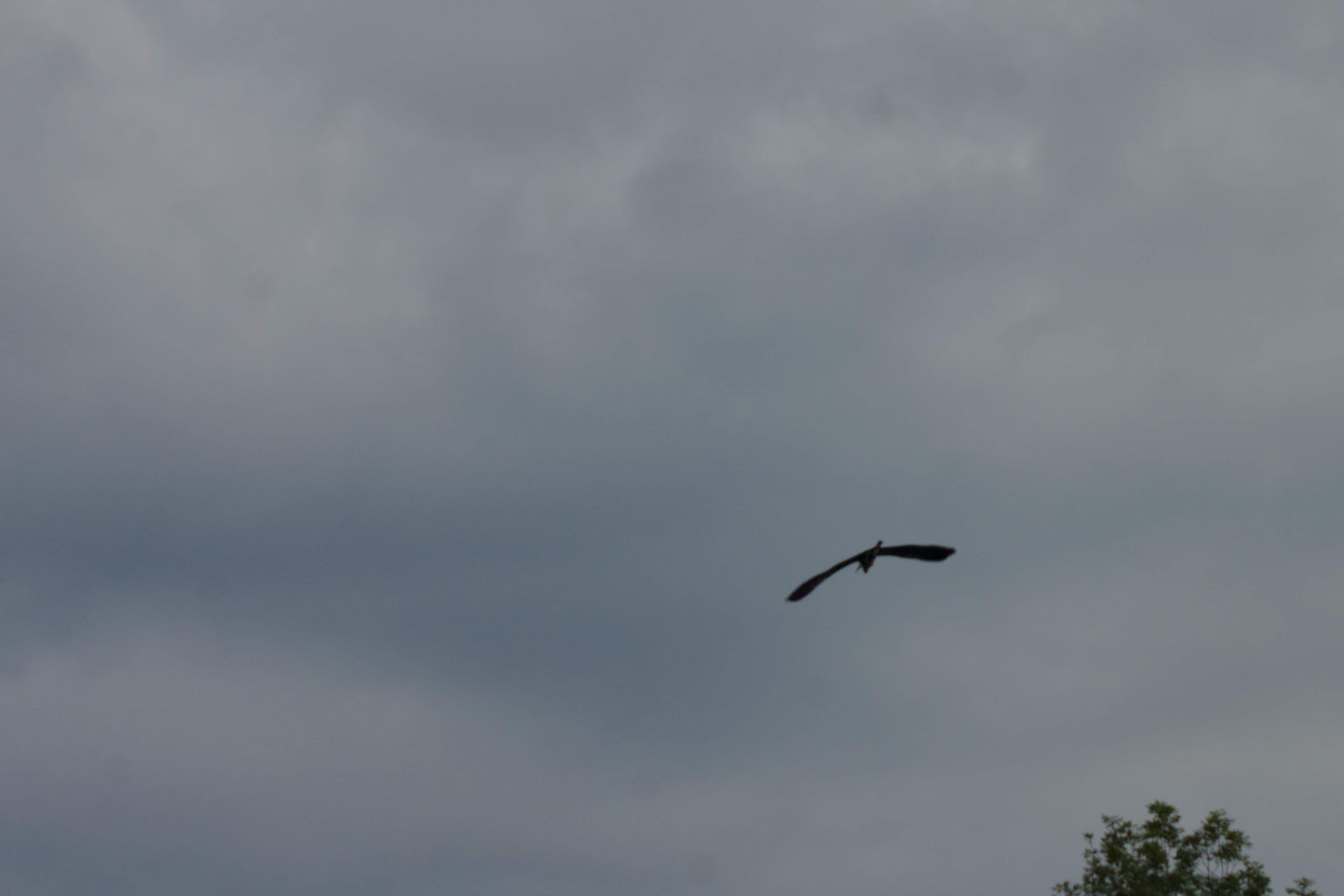 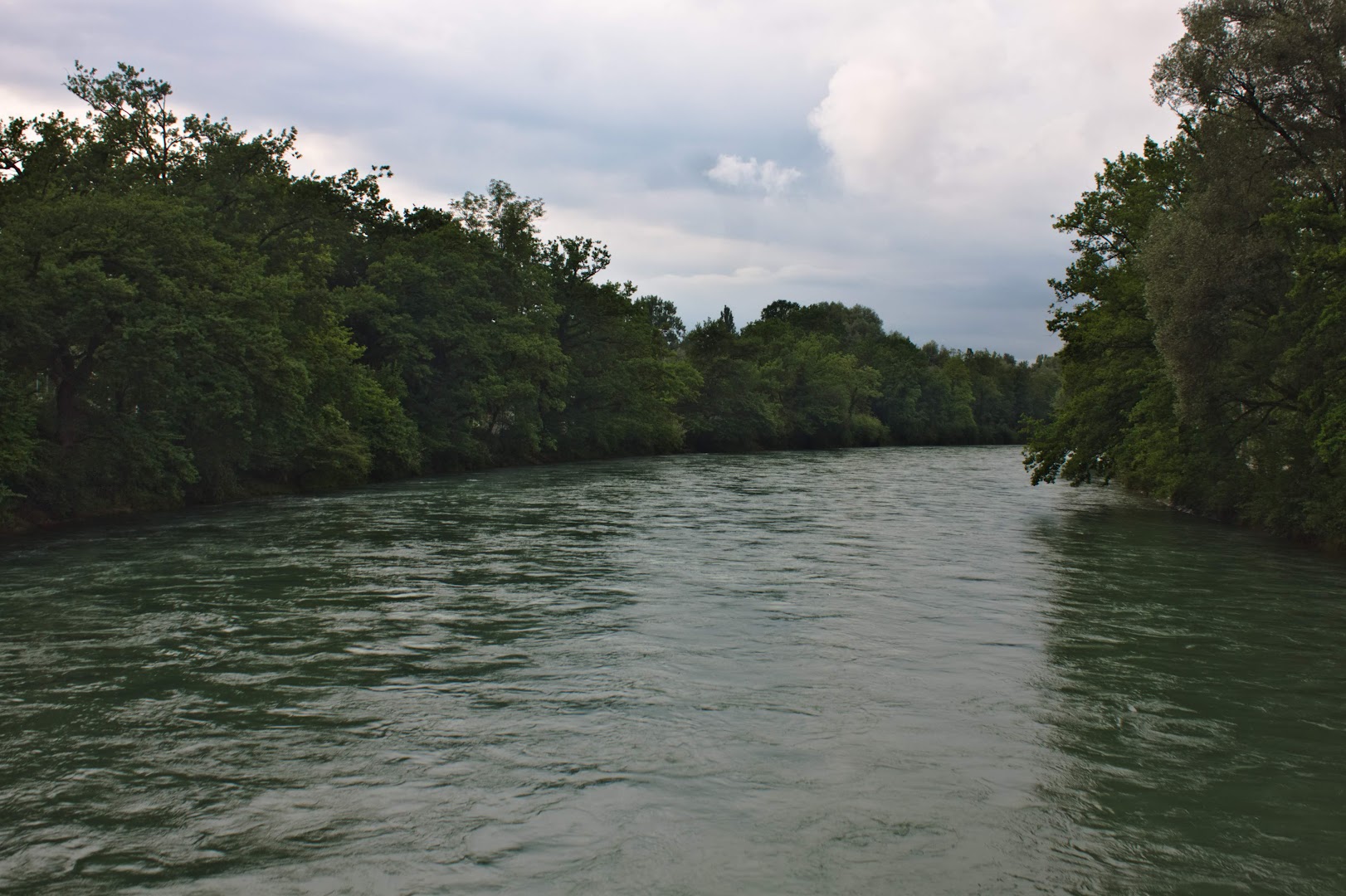 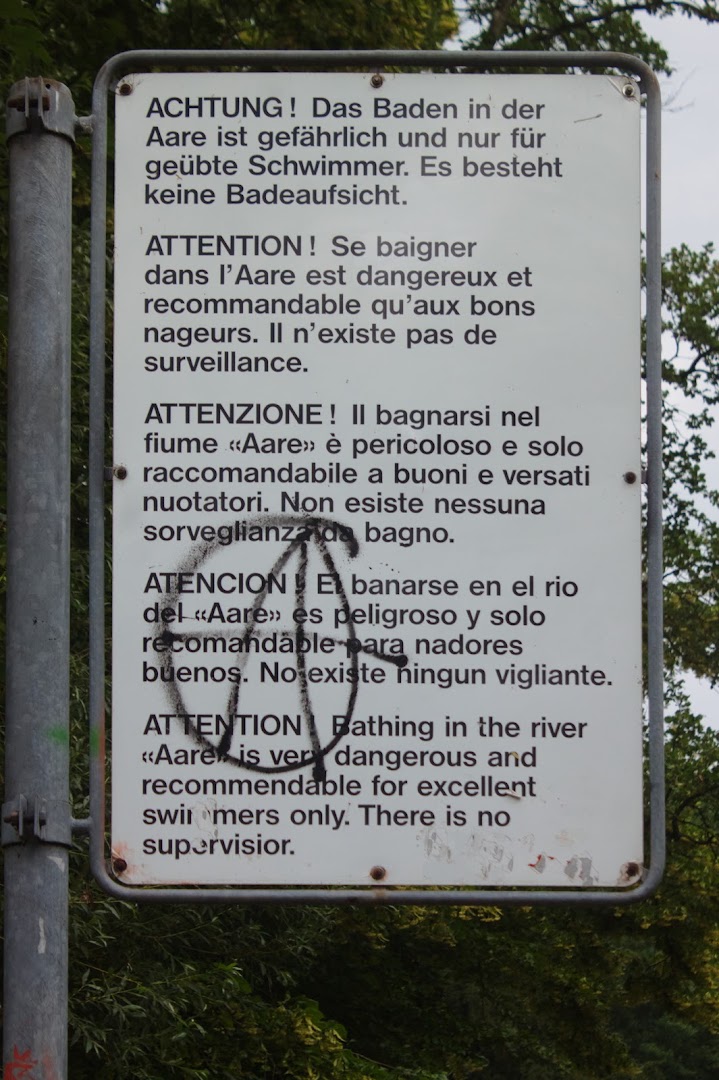 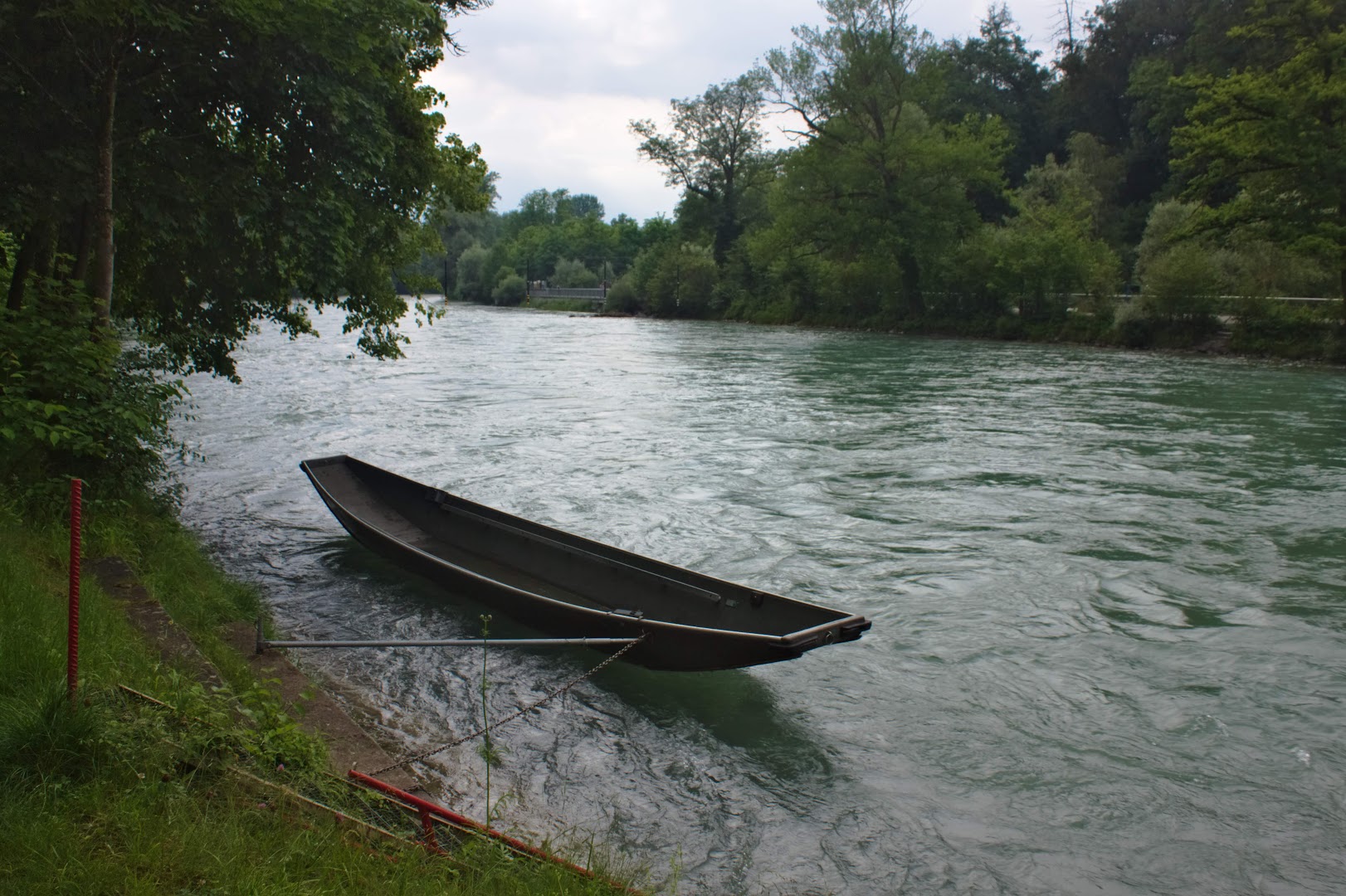 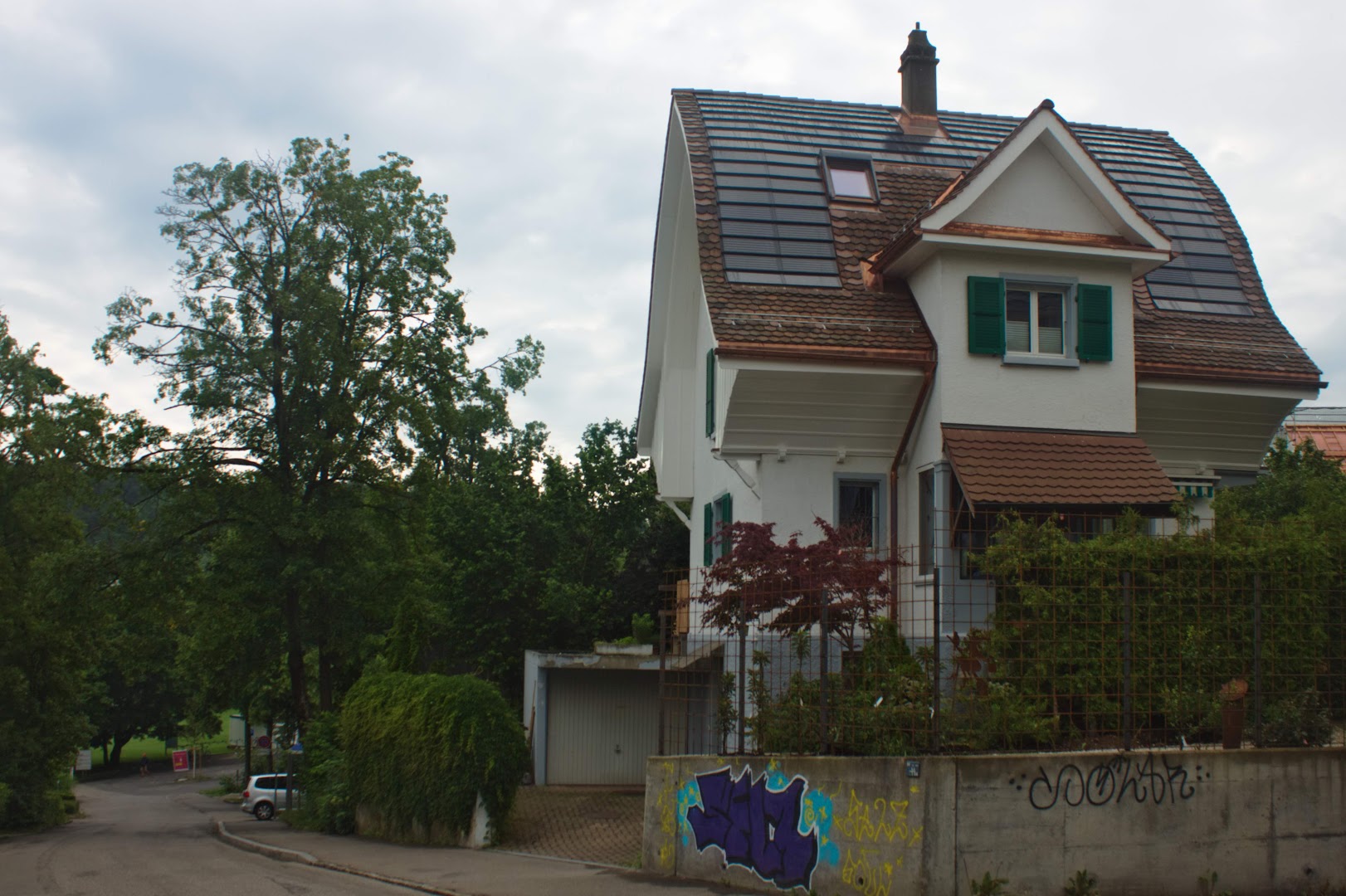 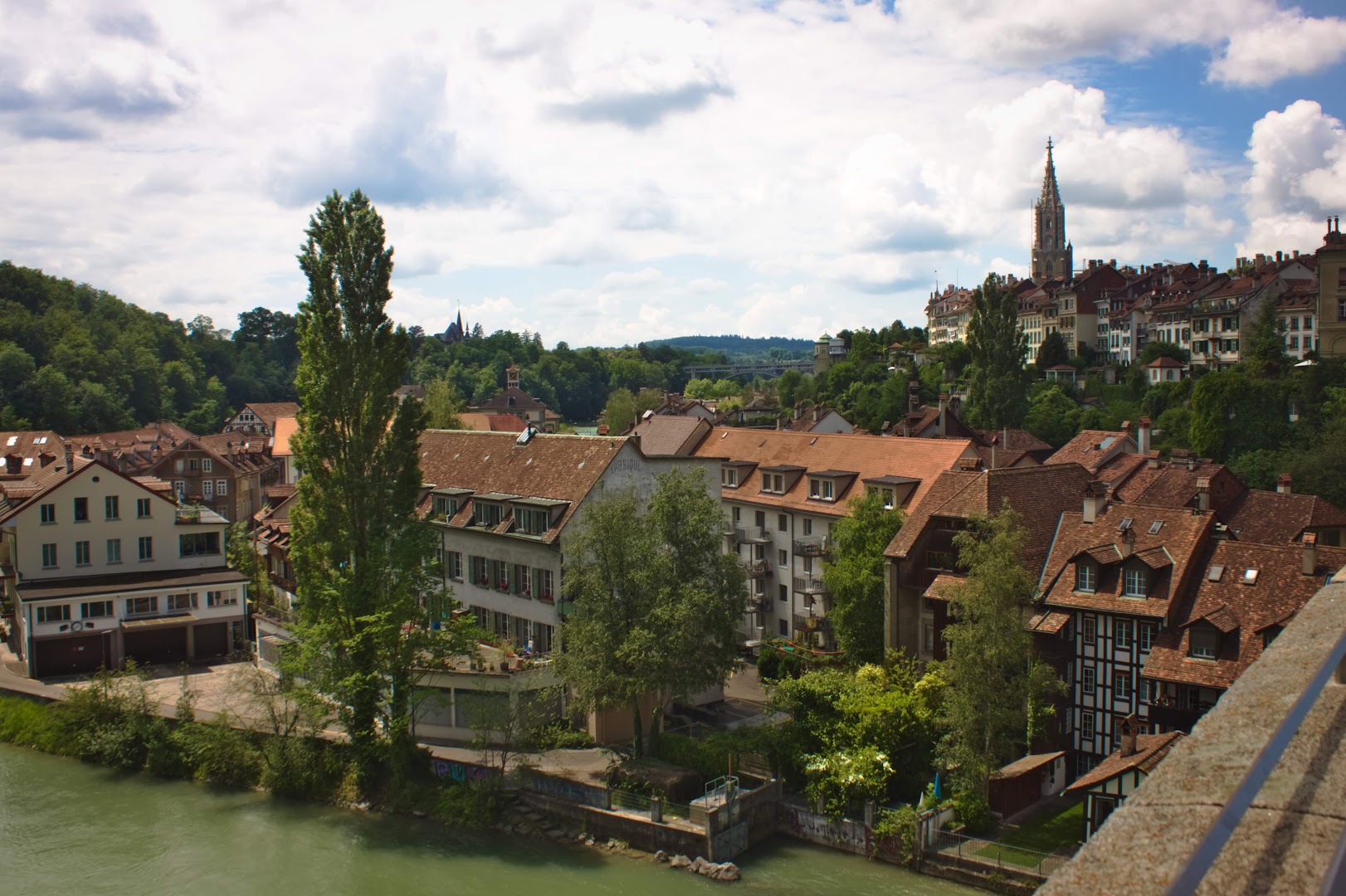 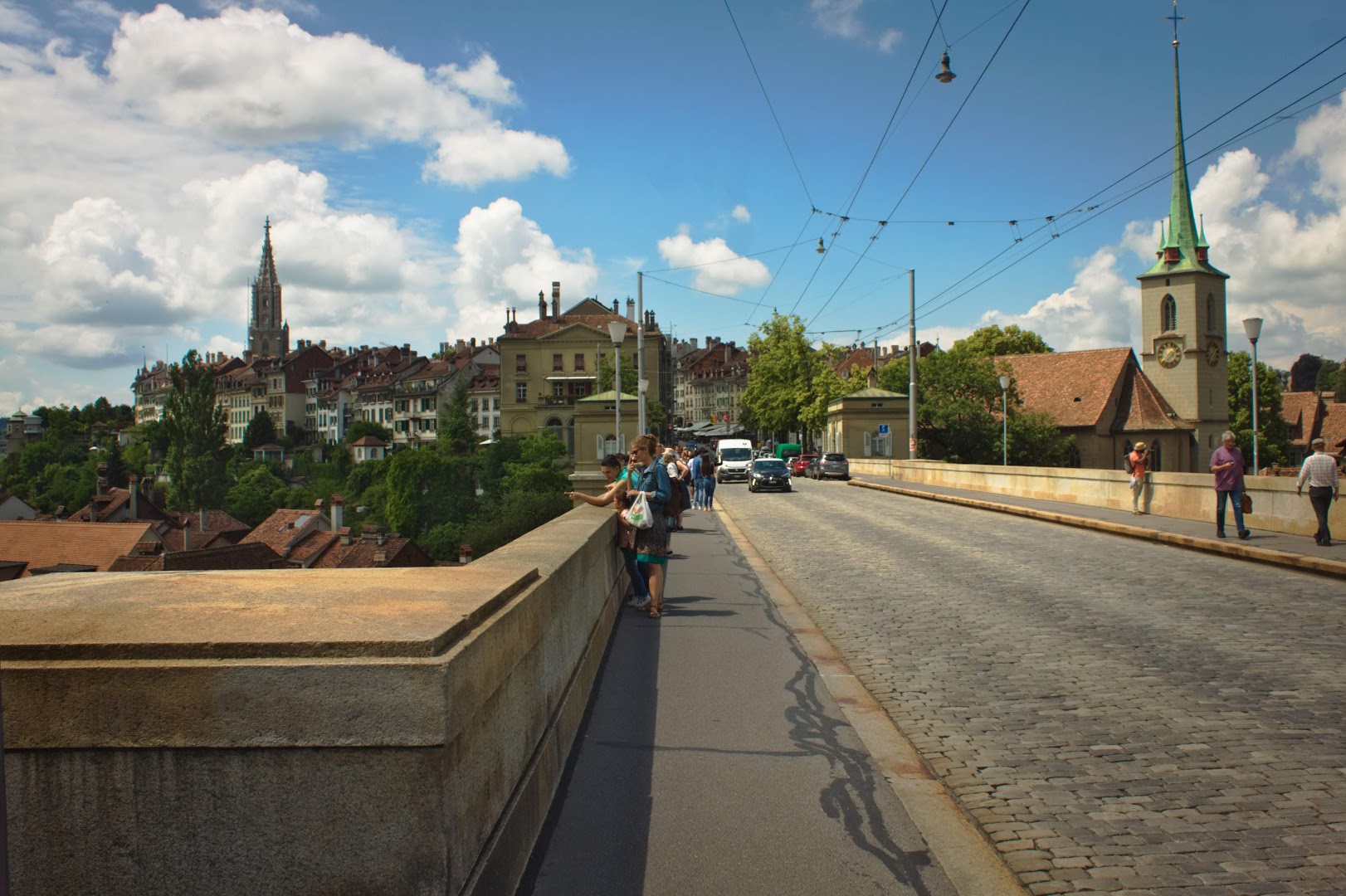 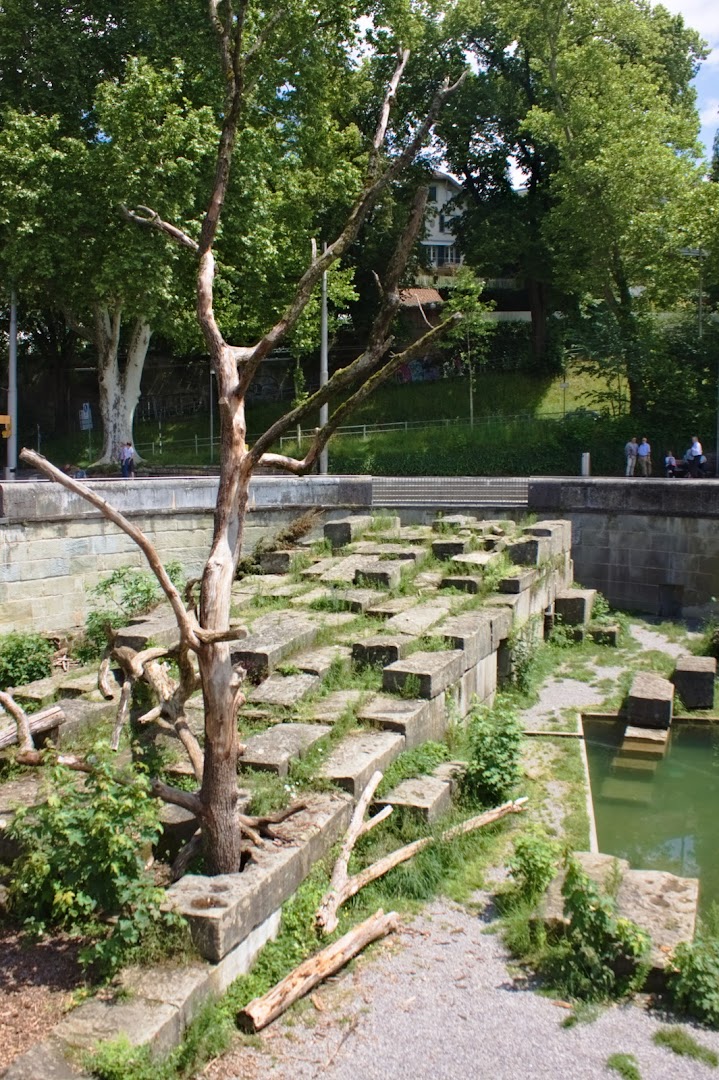 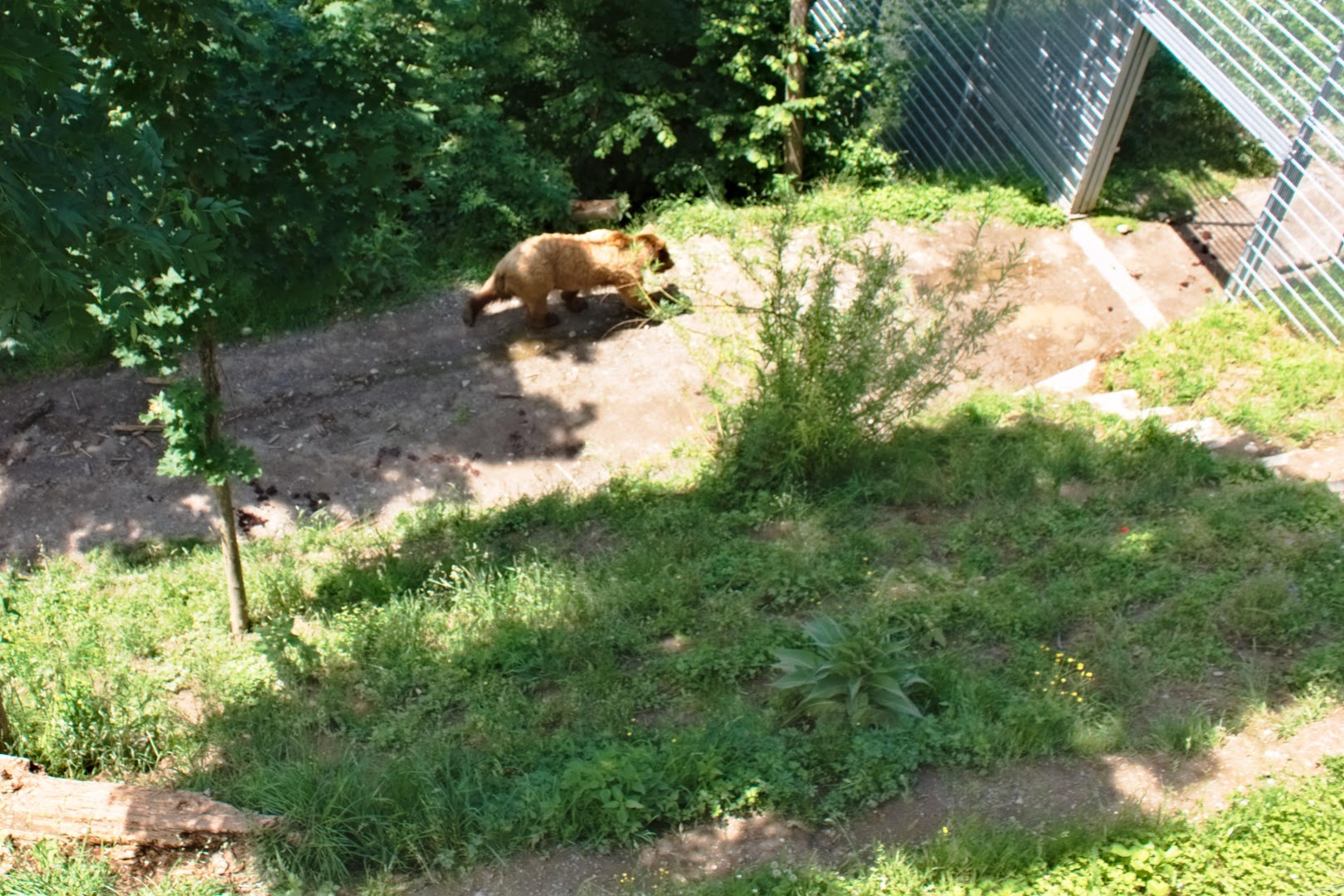 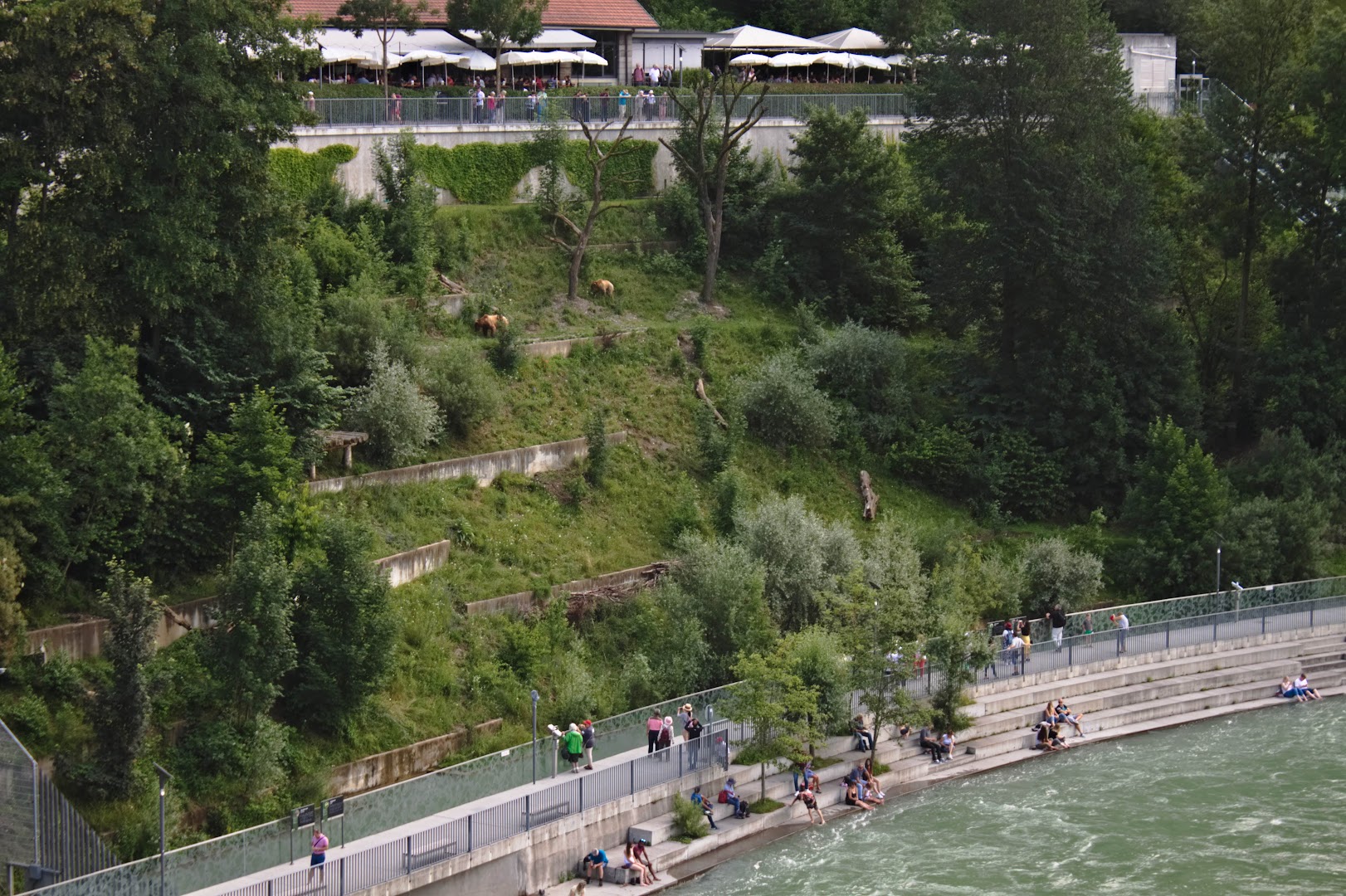 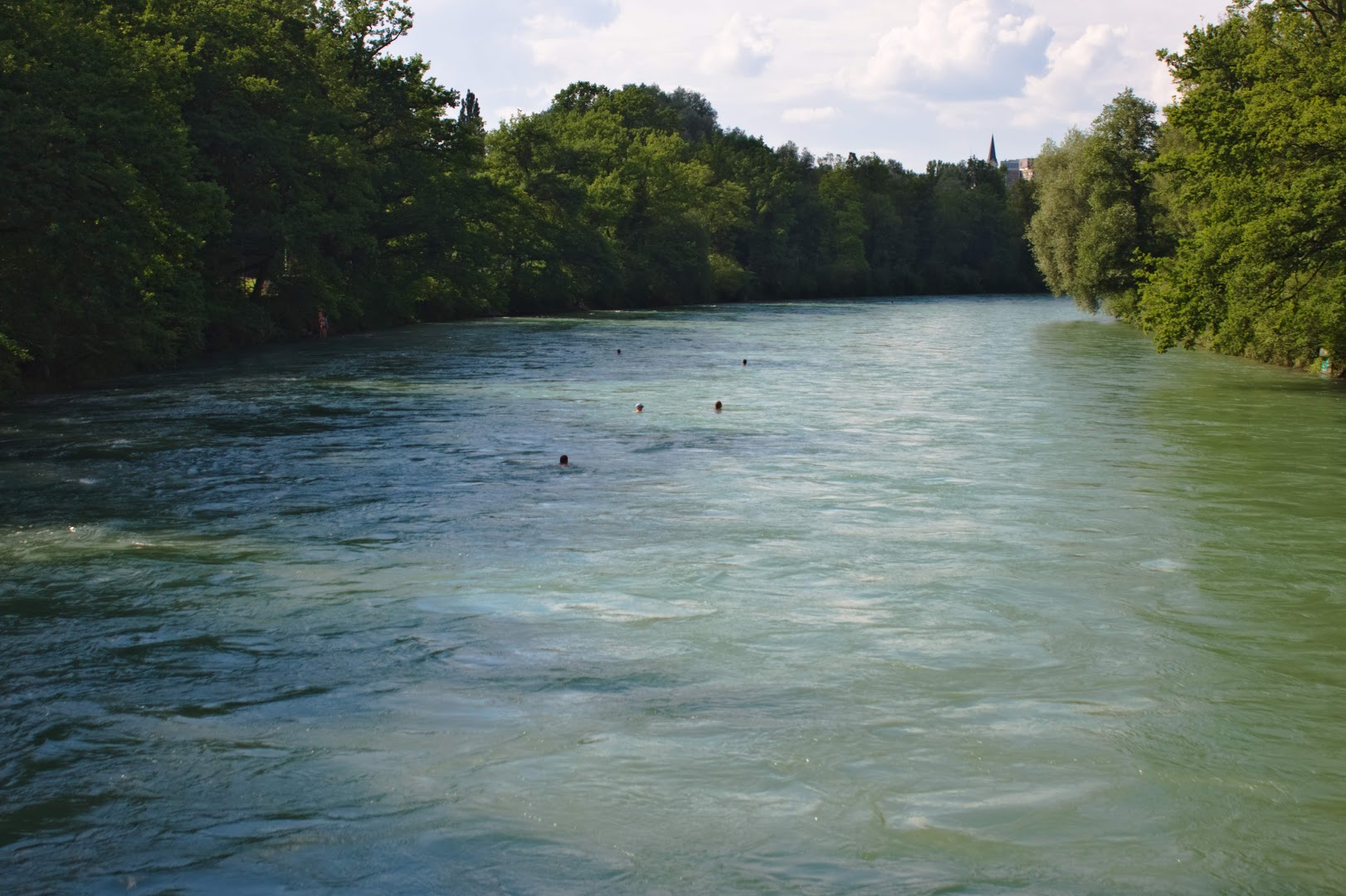 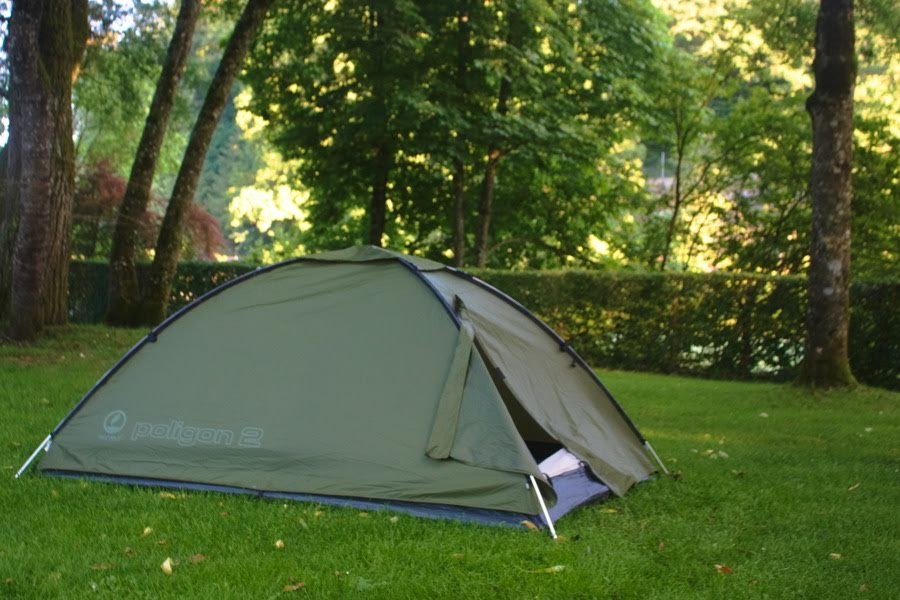 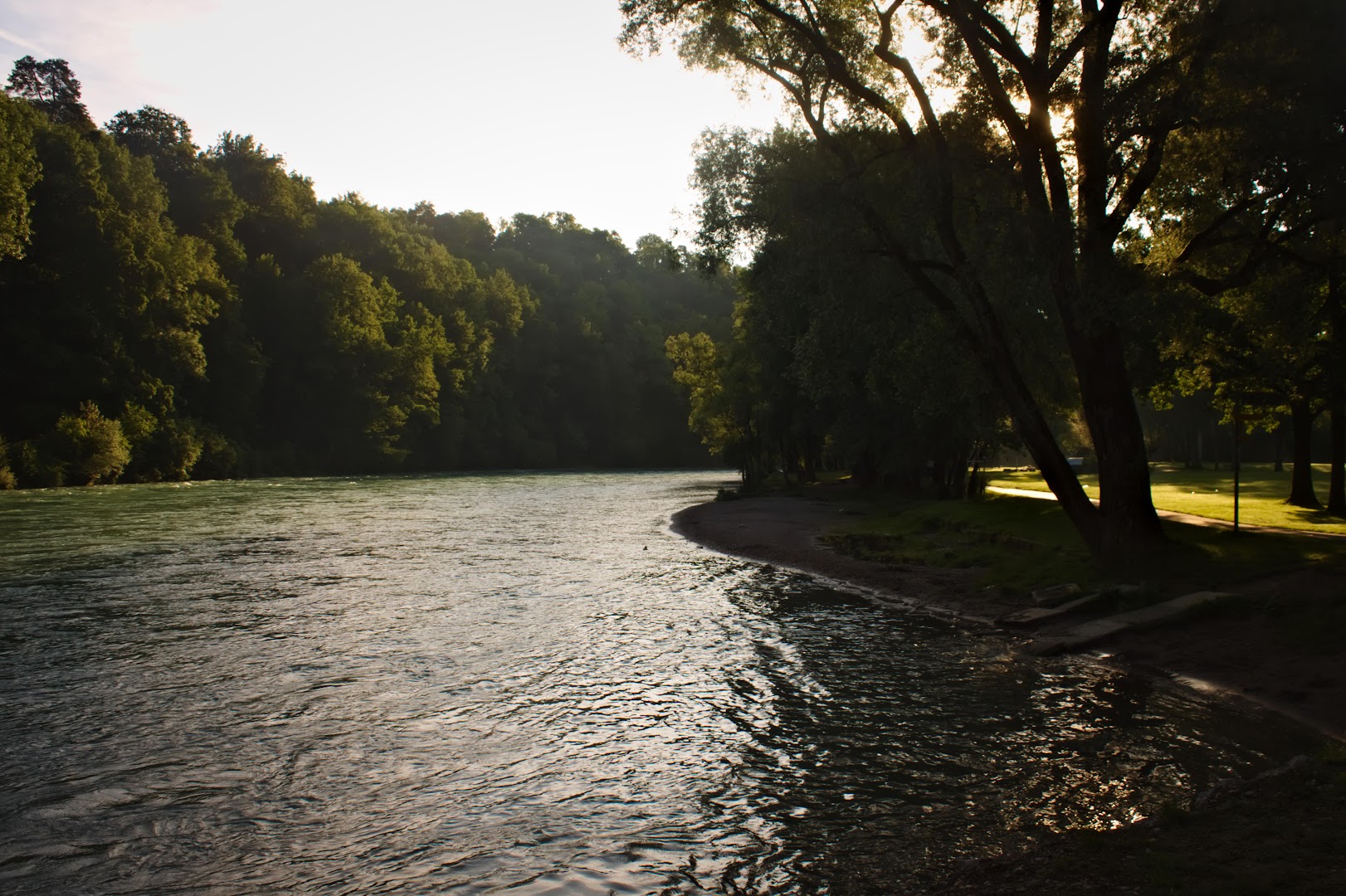