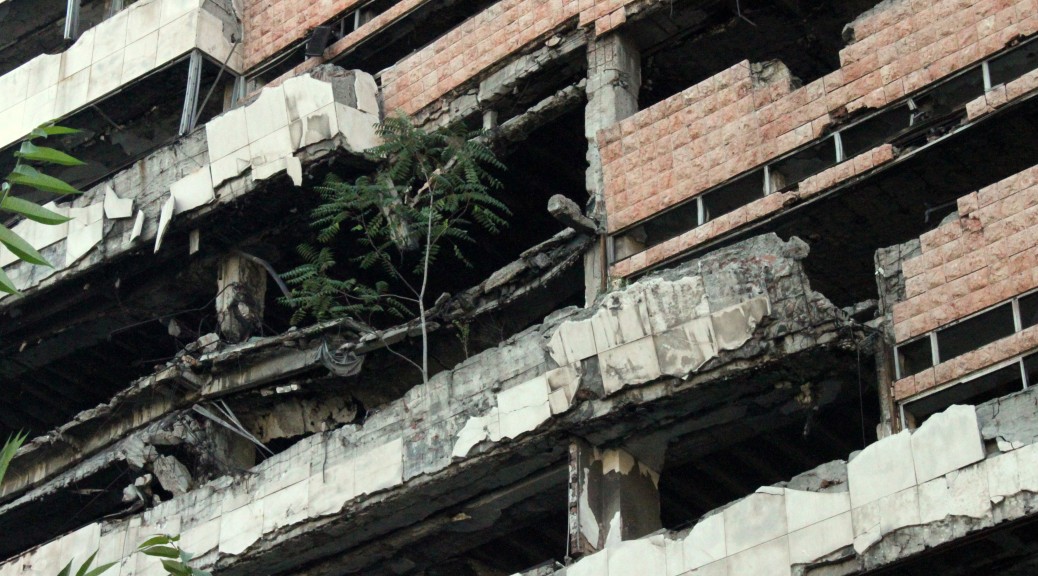 The city lies at the mouth of the River Sava to Danube. You can look down at those two great rivers from the fortress contemplating the breath of a night wind. It is therefore no surprise that not only water of two rivers mixes in this city. Night-life with orthodox churches, Cyrillic and Latin letters, peace and war.

Because war, like elsewhere in Balkans, has left here visible scars. At the crossing of two main streets there are still ruins of government buildings destroyed during NATO bombing — left here in memoriam and as a warning. Just imagine a colourful lively city with bombs being dropped in its heart. Not in a distant past which no one remembers. Less than 20 years ago. Imagine that this happened to your city. I don’t like any sign of religious patriotism, an therefore I have mixed feelings about the building site of a new huge national cathedral of Saint Sava, the greatest of Serbian patron saints. But at least it seems easy to me to understand it. Looking at those visible scars in the tissue of this city it is easy to imagine their fear and humiliation. It is not so easy to come across such a recent fear in Europe. The war is terrible. It sounds trivial, but it is so true here. The war is inexplicably terrible.