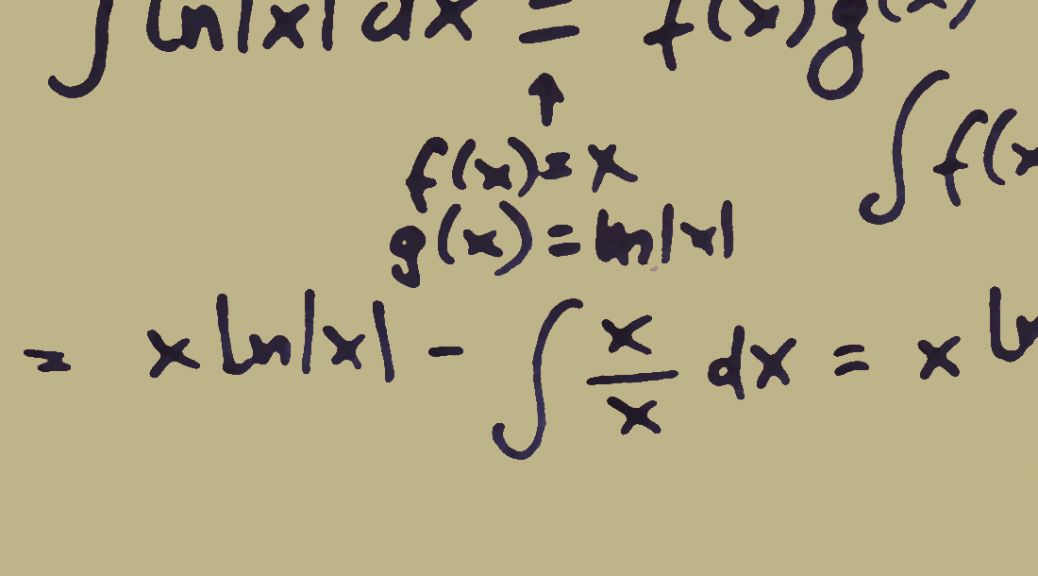 , we try to find a function

. Such a function may not exist, but it certainly exists if

is continuous. If if exists, there exist infinitely many of them. Indeed, if

is an arbitrary constant, also is an antiderivative, because

The set of all antiderivatives of

, will be called its indefinite integral and denoted by

. We know how to calculate derivatives, so we can also easily guess integrals of some simple functions. E.g:

It is worth noticing that:

it is also clear that:

, then we know that

But sometimes it is hard to guess a function such that the function we would like to integrate is its derivative. There are two methods which may make it easier, but even those methods require some guessing.

The first one is called the integration by parts. Recall that

— and this is the theorem of integration by parts.

. We need to write

. Now we use the theorem and get :

The second method is called integration by substitution. This time we make use of the formula for integrating composition of functions. Recall that

It looks quite complicated but it is easy to use. E.g. let us calculate

— it is easy to see what substitution we should use. Simply let

. It may be even convenient to use the traditional notation of the derivative:

. Therefore (remember to use substitute back

where the polynomial in the denominator has no roots (

), and then we will only need to know how to integrate simple fractions.

How to calculated simple fractions from a given ration functions? Those fractions are given by multiplicative form of the polynomial in the denominator. E.g. if:

first we should notice that

, and then we know that:

and we can calculate

summing the right side of the equation — in this case

So now we shall calculate integrals of those simple fractions

are easy, because we know that

The second type of simple fractions:

are more complicated.
Notice, that:

and again the first integral is easy, because:

can be easily calculated for

, we have the following formula which can be deduced from the integration by parts:

Examples of integration of some rational functions can be found in the second part of exercises.

Substitutions leading to a rational function