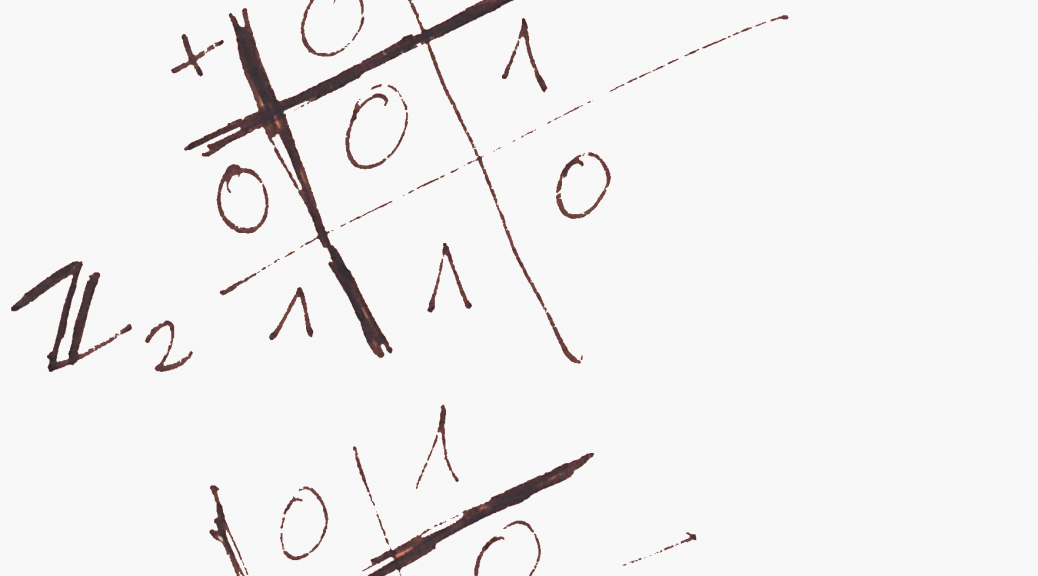 , satisfying the following conditions for every

It is worth noticing that there exists exactly one negative for

i and exactly one reciprocal for

with standard operations and standard

, for a prime number

, and addition and multiplications are taken modulo

the operation work as follows:

is a subfield of a field

. Obviously a subfield of a field is a field.

is a subfield of

Systems of linear equations over a given field

We can also solve systems of linear equations with coefficients and variables in a given field. We do this using the same method which was described for real numbers, i.e. transforming a matrix into reduced echelon form, but obviously calculating everything in the given field. E.g. to solve in

So the general solution takes the following form:

, we get and exemplary solution

is called a polynomial with variable

is the degree of the polynomial, and the set of all polynomials with coefficients in

. Two polynomials can be added or multiplied in a natural way.

the value of the polynomial for

is called a root of polynomial

is algebraically closed, if every polynomial over

has a root. The Fundamental Theorem of Algebra states that field

is a polynomial of degree

is its root, then

Extensions by an element

, we will denote by

is a root of a polynomial

(indeed we can assume that

is not a root of