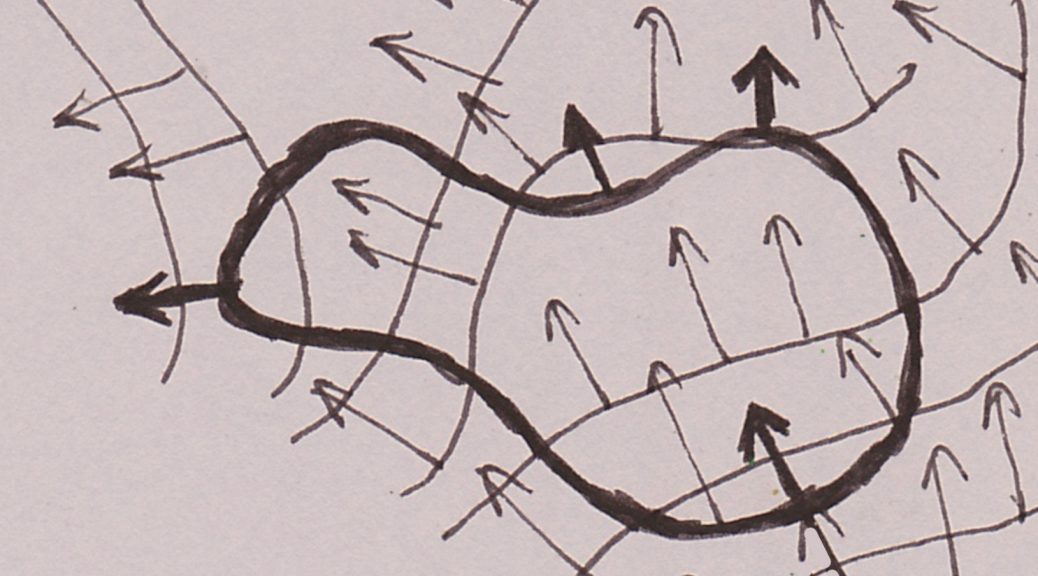 is a function of

class such that the rows of matrix

are linearly independent for any

contains one row which is a non-zero vector for any point on the sphere.

By the implicit function theorem we immediately get that

is locally at any poiny a graph of a function

we may for example want to know what is the maximal value of this function on this manifold. More precisely, we are going to consider local extrema but with the function restricted only to the points on the manifold (so called conditional extrema). We shall say that

is a conditional local maximum (respectively, minimum), if there exists a ball

, such that the largest value (respectively the least value) on the set of arguments

To find such points we are going to use the Lagrange multipliers Theorem. It states that given a function

class defined on an open set

is a conditional local extremum, then there exist numbers

Notice that this means that

being a linear combination of

, because the tangent space is the space perpendicular to all

Thus given a compact manifold without a boundary we may use this condition to find all candidates for points on which the function can take its maximal and minimal value on the considered manifold.

For example let us take the manifold described by the equation

. So we get two points in which we may have extrema:

). The value at these points is

. Both cannot be equal to zero, so

. In these point the value of

. So the minimal value is

This is the necessary condition. But we can also formulate the sufficient condition for

to be a conditional local extremum. Consider the mapping

positive definite on the space tangent to

, then it is a conditional minimum. But if

negative definite on the space tangent to

, then it is a conditional minimum.

If you want to find a maximum of a given function, eg.:

, you know how and can do it in two steps: find critical points in the interior of this set and then look for minima and maxima on the boundary of this set, which is a manifold, so we can use Lagrange multiplier here. The Kuhn-Tucker method does these two steps simultaneously.

and a system of conditions

has a minimum in one of points which satisfy the following conditions:

Notice that this is indeed it! In particular, if

, then the condition about the derivatives of

reduces to checking whether

, we also include equation

and we add the derivatives of

to the equations about derivatives — so we are doing exactly the same which we would do using Lagrange multipliers.

In our example we are looking for maximum

. Which is the same as finding the minimum of

and we are looking for points such that

which also equals to the value of

, which is a contradiction. If

, so the value of

, and the value of

, similarly we get a contradiction. So we get that the maximum of