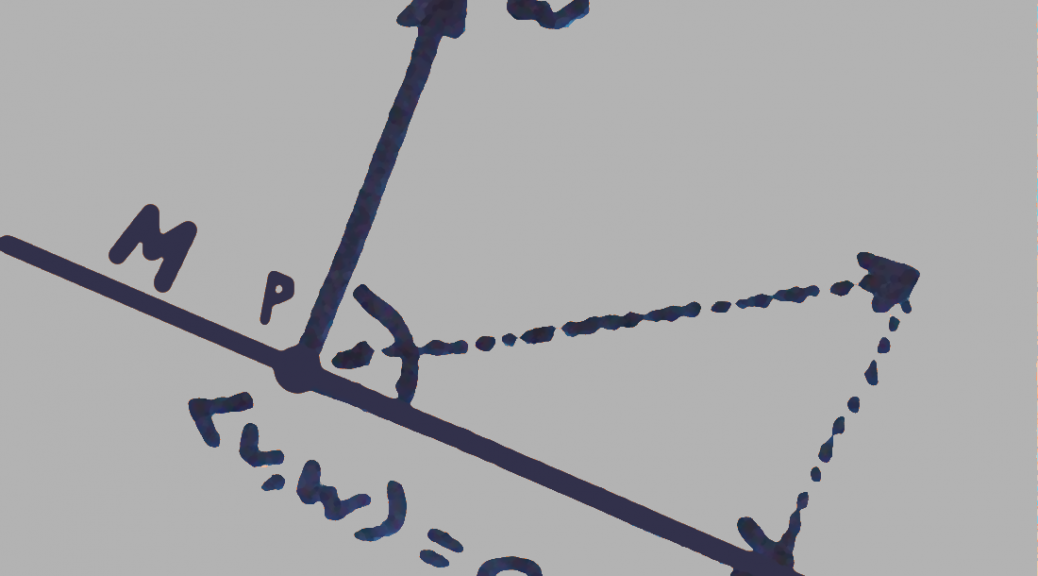 Perpendicular projections and reflections with respect to affine subspaces

How to calculate a projection of a vector onto an affine subspace and its image under reflection with respect to such a subspace? Simply bring it to the know case of linear subspaces, calculate, and go back to the initial setting. In other words translate everything to make the considered affine subspace go through zero, calculate the projection and translate everything backwards.

E.g. let us calculate the projection of

. First we calculate the projection of

And translate this projection backwards, so the final result is:

We can define a distance between two points

and for every points

, is called orthogonal (respectively, orthonormal), if

is an orthogonal basis (respectively, orthonormal) of

Distance between a point and an affine subspace.

Distance between a point

and an affine subspace

, and its projection onto

are linearly independent. Then the set

-parallelepiped given by this system.

Given affine independent system of points

-dimensional simplex with vertices in

-dimension measure of parallelepipeds and simplexes

is a generalization of length (

To explain how to calculate the

-dimensional measure of a

-dimensional simplex or parallelepiped, we have to notice that if

is a system of linearly independent vectors in

is the projection of

But the first is equal to zero because the last column is a combination of the other columns. And the second is equal to

(expansion by the last column). Thus

Since, we know that

-dimensional measure of a parallelepiped should be the product of

-dimension measure of its base by its height (length of an appropriate projection), using induction you can easily come to the conclusion that

Orientation of a space

We say that bases

of a vector space

are consistently oriented if

, and inconsistently oriented if

. Being consistently oriented is thus an equivalence relation on the set of all bases which has two equivalence classes.

, the vector product defines a method of completing a system of

linearly independent vectors to a basis of

is the vector product of