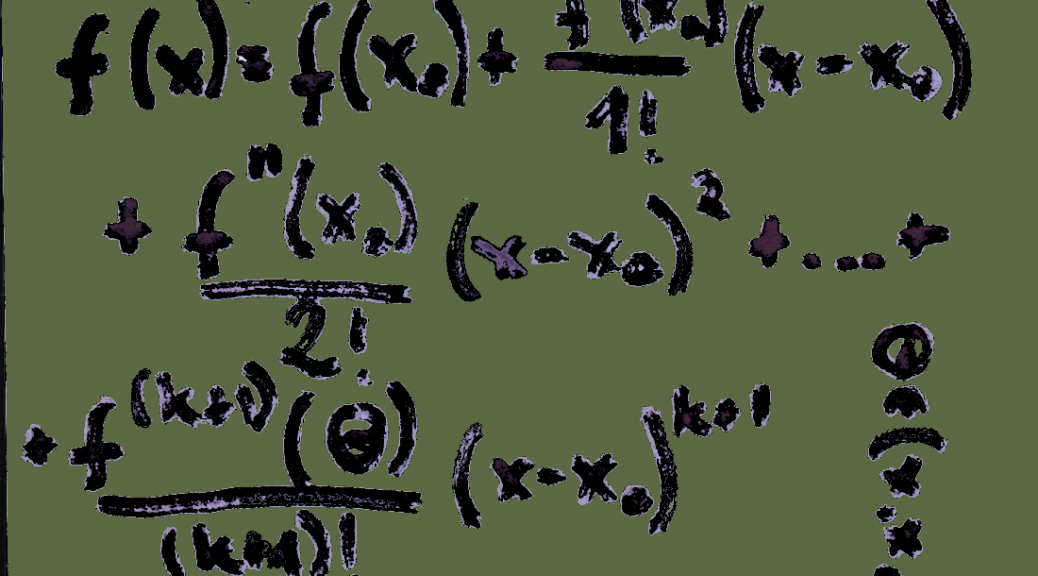 in this interval, such that

and get the value

approximated by the values of

Taylor’s Theorem is a very powerful generalization of Lagrange Theorem. It gives us a possibility to approximate a function with polynomials.

has all derivatives, up to

is some number between

Taylor’s Theorem enables calculating some approximate values of a function in a given point. E.g.,

. Its second order Taylor polynomial in

up to the remainder term, so the possible error is not greater than

Therefore, if on a given interval

, then we can write

is convergent on the whole real line, so the Taylor series of

(it is easy because

Such a series but for

is called a Maclaurin series.