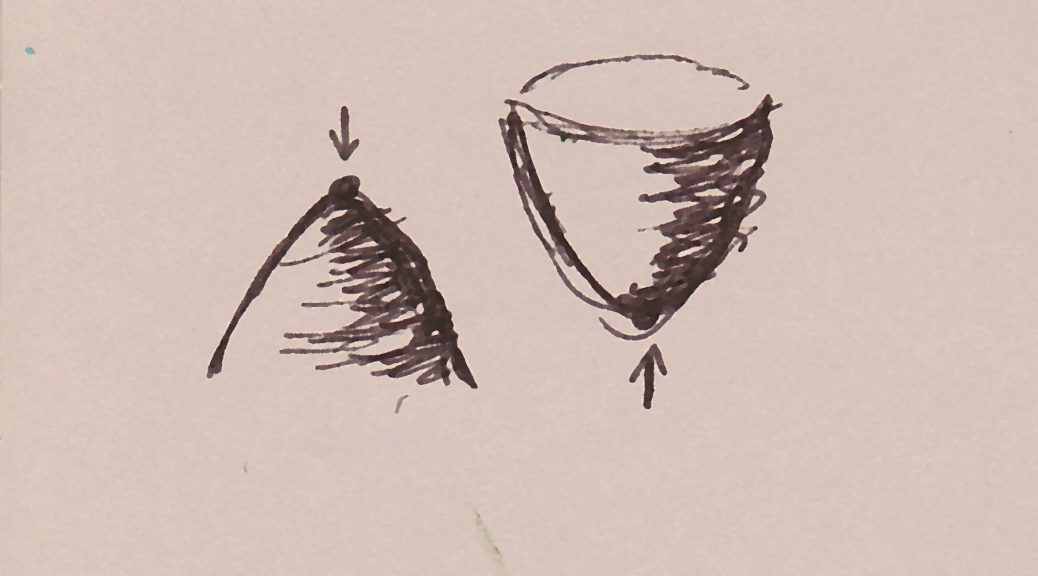 We can also calculate further on, namely calculate second order derivatives. In the case of

, the first order derivatives are:

, so the second order derivatives are

Supremum and infimum on a compact set

If a function is continuous and defined on a compact set, it achieves its supremum and infimum. The candidates are: local extrema (we can consider a larger set of all points in which the first order partial derivatives are zero) and the boundary of the set (the values there can be described also by a function, of one variable).

and let us consider set

which is a square with vertices

.
The partial derivatives are

, which equal zero for

. At this point the value is

, and the values at vertices