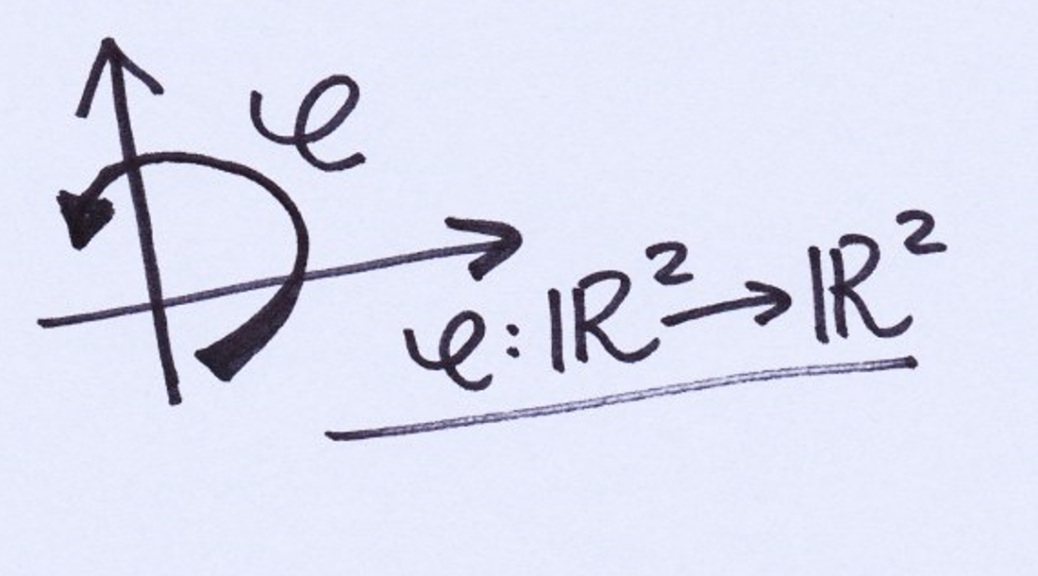 is a map which maps vectors from a given space

, to vectors from another linear space

), and satisfying the linear condition, which says that for every vectors

. E.g. a rotation around

is a linear map

Therefore, to prove that a given map is a linear map we need to prove that for any two vectors and any two numbers it satisfies the linear condition. E.g.

is a linear map because if

Meanwhile, to disprove that a map is linear we need to find an example of two vectors along with two numbers such that the linear condition fail for them. E.g.

is not a linear map because

Usually, linear maps will be given by their formulas. E.g.

. Then to see what

does to a given vector, e.g.

, we substitute it to the formula:

. By the way, it is easy to see, that this is simply the rotation around

Sometimes we can define a linear map by giving its values on the vectors from a given basis only. This suffices to determine this map. E.g. let

be given in the following form:

constitute a basis of the plane). We can calculate the formula of this map. First calculate the coefficients of the standard basis in the given one (by solving a system of equations or by guessing). In this case we see that

. Obviously we add and multiply by coefficients. So e.g. if