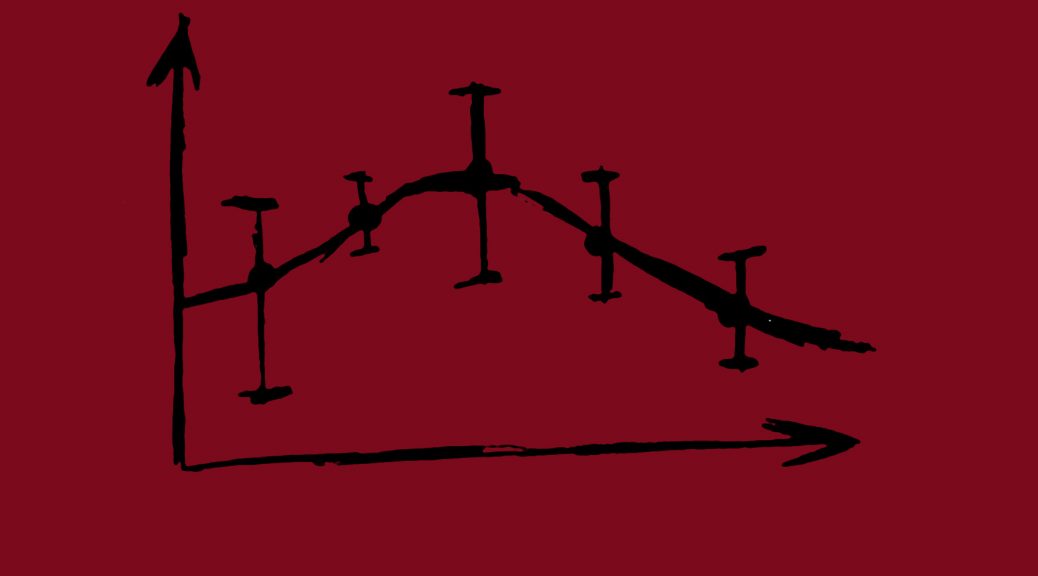 in this interval, such that

and get the value

approximated by the values of

Errors and estimating them

If a physical value

were measured and are equal to

with possible deviation of

, then we can estimate that the error for

is not greater than:

and the maximal relative error equals to

E.g., if the measurement of the sides of a cuboid was done with observational error of

[cm], and then the volume

was calculated, then the error can be estimated in the following way. We get

respectively.
So the maximal error is:

so the maximal error is

, and the maximal relative error

Given a sequence of real numbers

, we can consider series

, simply as a sequence of partial sums:

The sum of a given series is the limit of sequence

, if it exists. If it is finite, then we say that the series converges.

is convergent and sums up to

It is easy to notice that if series

is convergent then the sequence

is convergent to zero. In particular, if

is not convergent or converges to a non-zero limit, then

is not convergent, because sequence

is not convergent. Also

is not convergent, because

Notice that the reverse implication is not true. Series

may not be convergent even if

Since series can be seen as sequences, many theorems on arithmetic of limits make sense also in the case of series. For example, limit of sum of two series is the sum of their sums. Notice that multiplying is a bit tricky. Multiplication of elements of series is not the same as multiplication of partial sums.

But we have a criterion which is implied by the three sequences theorem. If

greater then some number

is convergent then also

is obviously convergent, because

D’Alembert criterion states what can be said how convergence of

depending on limit of

. If this limit is

, the series is convergent, but if

Cauchy criterion states what can be said how convergence of

depending on limit of

. If this limit is

, the series is convergent, but if

Leibniz theorem states that if

is non-increasing and converges to zero, then

is non-increasing and converges to zero.

is absolutely convergent, if

is convergent, but is not absolutely convergent. On the other hand,

Taylor’s Theorem is a very powerful generalization of Lagrange Theorem which we have studied in the previous term. It gives us a possibility to approximate a function with polynomials.

has all derivatives, up to

is some number between

Taylor’s Theorem enables calculating some approximate values of a function in a given point. E.g.,

. Its second order Taylor polynomial in

up to the remainder term, so the possible error is not greater than

Therefore, if on a given interval

, then we can write

is convergent on the whole real line, so the Taylor series of

(it is easy because

Such a series but for

is called a Maclaurin series.