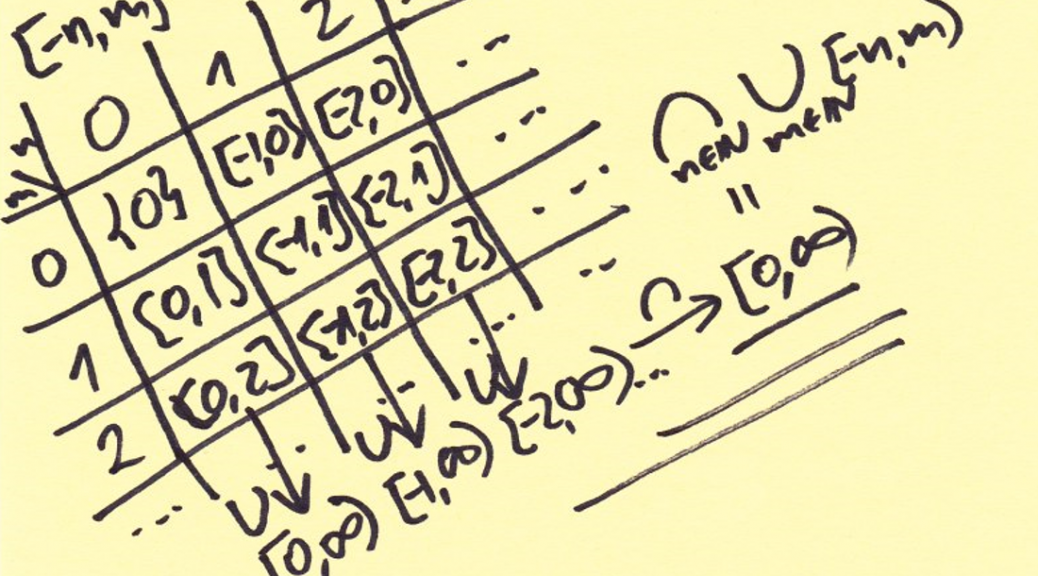 is a family of intervals of the real line, indexed by natural numbers.

Unions and intersections of indexed families

For the family in the above example:

, because it is clear that no negative number is in this union. On the other hand, if

is a real number, then let

On the other hand

Obviously the set of indices can be a product of two sets, so sets in the family can be indexed by two indices. E.g.:

Therefore we can imagine such a family as an infinite array of sets:

Given a double indexed family, the expressions of the following type make sense: e.g.

and other similar. Let us calculate those two expressions.

To calculate the first expression, denote

— it is the intersection of all the sets in the

-th column of this infinite array. It is clear that

, because that for any

, because elements of all the sets in this union are less than or equal to zero and for all

To calculate the second expression, denote

, so it is the union of all sets in the

-th row starting with the

. On the other hand if

. That is because for any