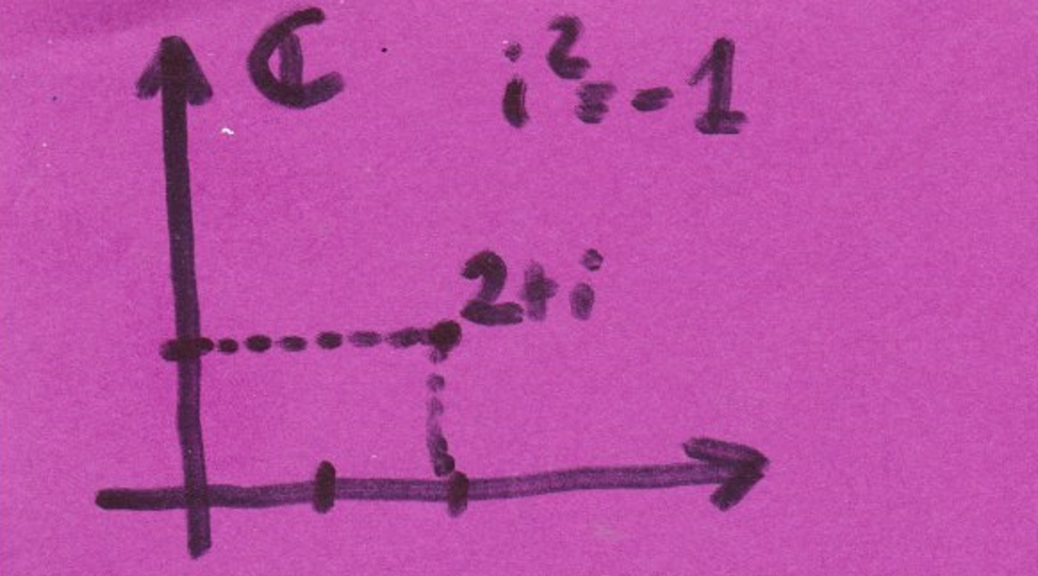 are numbers of form

are called the real and imaginary part of

and we denote them by

can be shown on a plane as a point with coordinates

. This plane will be usually called the complex plane.

We can add and multiply complex numbers straightforward, but recall that

, can be described in a yet another way — it id defined by its distance from zero (its modulus)

and the angle between it and the real axis, called the argument

Geometrical view on addition and multiplication

You can notice immediately, that adding two complex numbers is the same as adding two vectors on the complex plane.

Multiplication is even more interesting. Namely, multiplication of two complex numbers actually multiplies its modules and adds their arguments. This is especially useful when calculating a power of a complex number, and it implies so called de Moivre’s equality:

By the way, de Moivre’s equality implies many trigonometric equalities. E.g., because

Notice, that for every complex number

. Indeed the first one can be calculated by calculating the root of the modulus

and by dividing the argument by

. But if we add to this argument any multiple of

, then after taking the number to the

-th power we will get the same number, because this additional angle will sum up to some multiple of

. All those numbers will be called

, every root will be of modulus

, so the first root will have

, so we get the following roots:

, argument of which is in

, is called the main root and denoted by

In a week we will see that for

. This gives us an idea how to define complex powers. If we substitute

, and we will see next time, that

. Therefore we can define

to a complex power as follows:

Which implies the famous equation of the

And we can write any complex number in an exponential form, which is similar to the polar form. Namely,