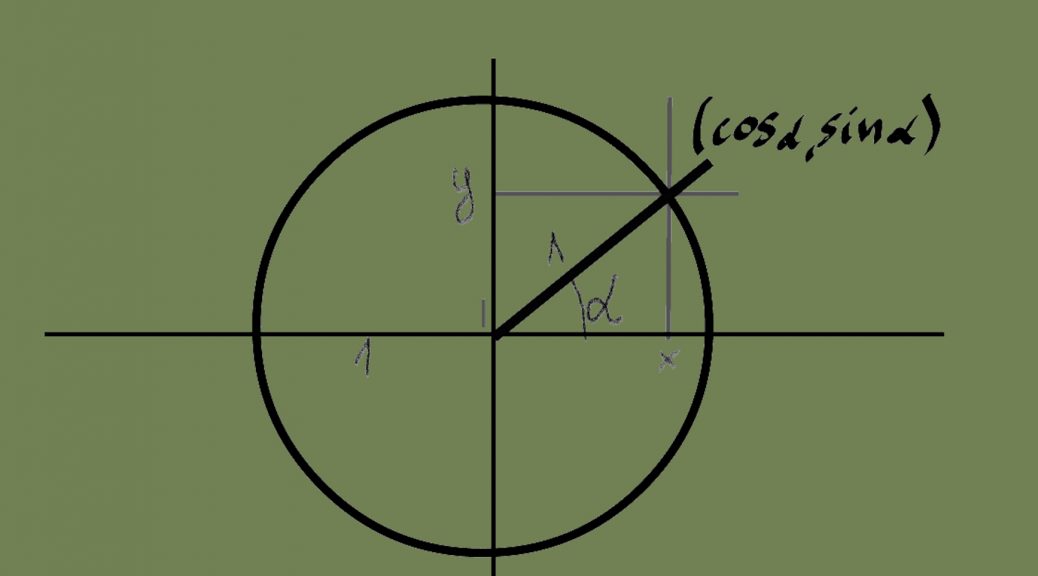 Everybody knows what is

is a natural number. It is simply multiplying

times (the only doubt may be caused by

is a negative integer, we let

, is a number such that when we take it to power of

is an even number, we have to assume that

in the other case.

These definitions result in many natural properties of exponentiation, which we know already when using only natural powers, namely for

Moreover, the last two properties allow us to define

, but for any real number

can be approximated from below and from above by rational numbers

is such a way that this holds. After including necessary details, one can in particular prove that this definition also satisfies the properties mentioned above. And also the following property — if

there exists exactly one

The property, that for every

allows us to define the logarithm. Simply this number

(it is the power such that

raised to this power gives

) is called a logarithm of

. So the logarithm is an inverse function to exponentiation.

makes sense only if

, and (and least in the future) number

(whatever it is, we will explain it later) take a special place in our heart, we denote

And also, for any

there exists exactly one

Due to these properties logarithms were the main tool in scientifical computation before computers. Now, they are also a very useful tool. E.g. in chemistry pH is defined as minus logarithm of the concentration of hydrogen ions. So increasing this concentration tenfold changes pH by one, which makes it easier to describe and imagine (we look at the order of a number instead of the number itself). You can also find such a scale in the definition of brightness of stars, Richter scale, and also some graphs related to covid…

Except for degrees there is one more unit of angles, more widely used in sciences, i.e. radians. Radians describe the length of a section of a unit circle related to the given angle. So

. In case of radians we do not use any suffix like

Notice that in a triangle with fixed angles regardless of its size the ratio of the sides remains constant. In particular in a right triangle with sides

(by the right angle) and

and the angle opposite to

depend only on this angle. They are thus functions of

respectively. Immediately we notice that

on the unit circle we see that

. This implies many properties and formulas concerning these functions.

For example, each of these functions is periodic, i.e.

From Pythagoras Theorem we get that

(which is called the trigonometric unit,

Looking at the unit triangle we can also easily notice that

and the point described by angle

are both of angle

Which gets us to: