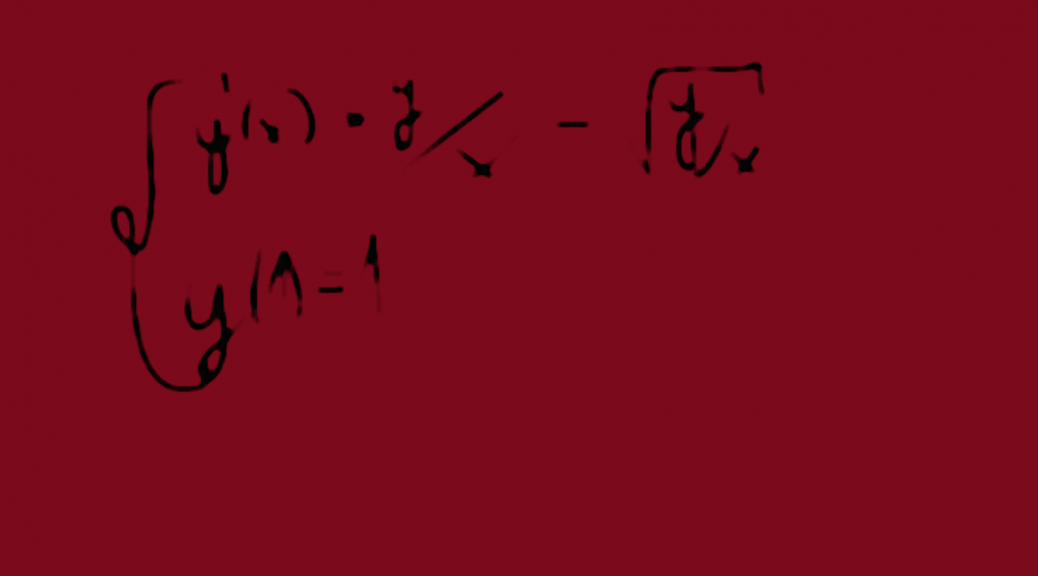 We consider equations in which there appear a function

is a function of two variables, e.g.:

A solution to such an equation is a function

, such that its derivative actually can be written in this form, i.e in this case

. In on the right hand side (in

, this is simply an integral. If not, it becomes more complicated. But still we can verify that any function of form

is any constant, satisfies the equation. Indeed,

But how to come up with such a function? Generally it is hard to do so, but for some forms of function

it is possible to do it quite easily. We describe few such cases below.

Notice that the solution is usually determined up to an arbitrary constant. By adding an additional condition, called a boundary condition, to a differential equation, we can determine such a constant (this is called Chauchy problem), e.g.

we get (since we know the solution to the differential equation)

, thus in this case

. This gives an equation with

only, so we can deduce

For example the equation

proves to be useful. We get

, thus the equation takes the form

, which is a separable equation which we already know how to solve.

. Such an equation can be solved by solving first an linear homogeneous equation

, which is simply a separable equation with solution

. Notice that the additional term

in the derivative of

can be achieved, if

rather than a constant. Thus, we are looking for solutions of form

, but on the second hand

, which can be substituted into

to get the final solution.

is called Bernoulli equation, if

. In this case, if we substitute

, which is a linear equation for

, which we already know how to solve.