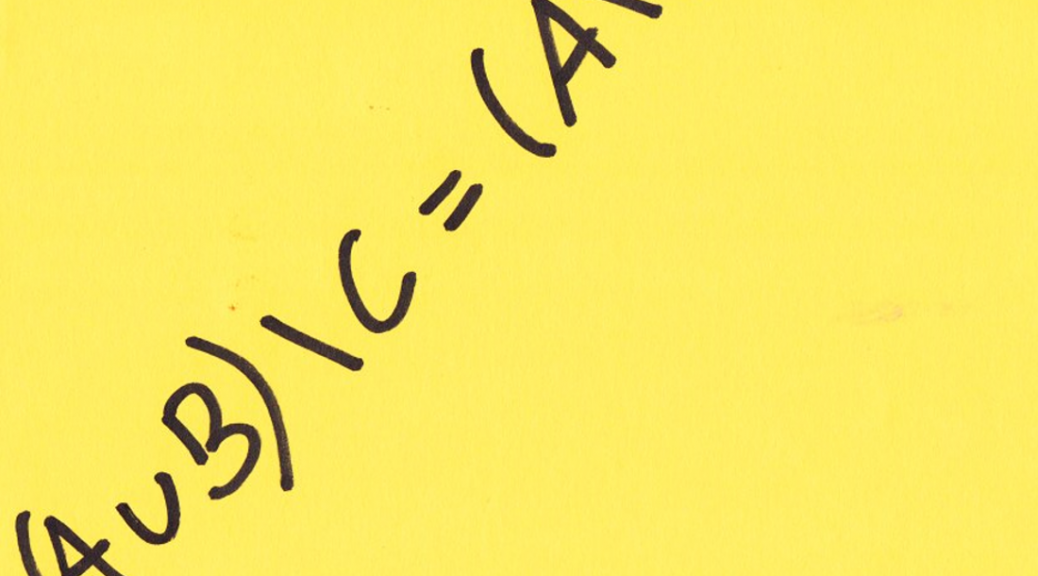 We will spend most of our time during this meeting on proving that two sets (usually defined by some set operations) are always equal, e.g. we will prove, that

. You already know from the lecture that there are three methods, out of which we will prefer the third one, because it is the most general method and it will be useful further in the course.

can be easily done simultaneously. We simply pay attention whether the implications in the proof of that if