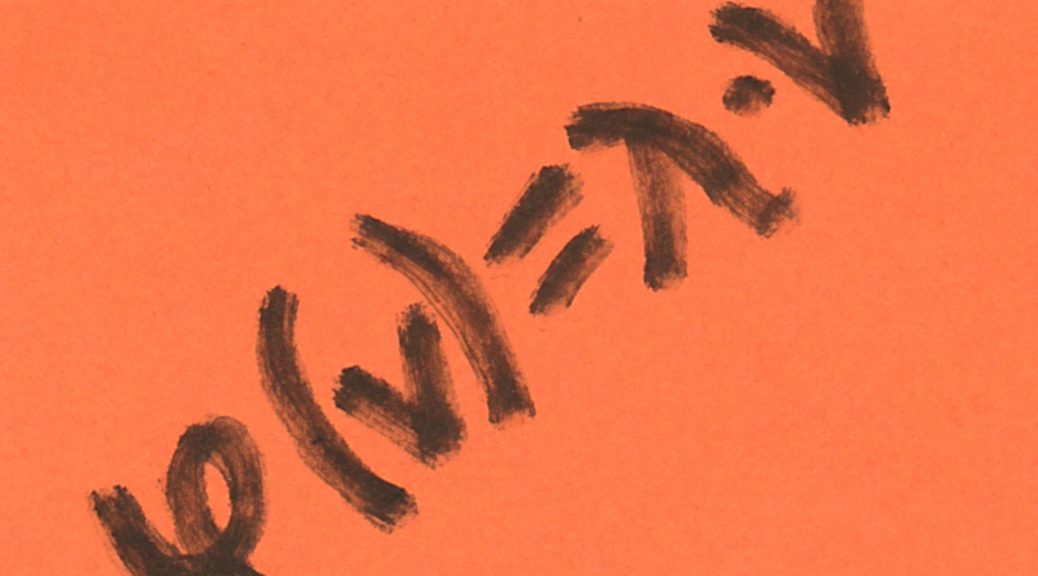 Endomorphisms and similarity of matrices

is called an endomorphism. We will be dealing with spaces

which are finite dimensional. Thus, given a basis

we consider the matrix of the mapping in this basis

is also a basis of

This motivates the notion of similarity of matrices. We shall say that two matrices

are similar, if there exists an invertible matrix

. In other words, matrices

It is easy to notice that the relation of similarity is an equivalence relation.

Invariants of similarity of matrices

are similar, then it is easy to check that:

This justifies the possibility of talking about the determinant, the trace and the rank of an endomorphism, since those are the same for its matrix in any basis.

If you have tried to imagine a linear map of a plane, you usually imagine that it stretches or squeezes the plane along some directions. It would be nice to know whether a given linear map

(such a map, which the same domain and range, is called an endomorphism), it is actually of this type. In other words we would like to know whether there exists a non-zero vector

(so it stretches or squeezes the space in the direction of

have such properties, then

is said to be an eigenvector of

is an eigenvalue of a map

is its eigenvector, then

(e.g. in the standard basis, it actually does not matter), then

is the identity matrix.

is a non-zero vector, we see that the columns of

can be non-trivially combined to get the zero vector! It is possible if and only if

is called the characteristic polynomial of

. Notice that it does not depend on the basis in which the matrix

How to find the eigenvalues of a map? Simply one needs to solve the equation

So we have to solve the following:

And therefore the eigenvalues are:

is a linear map, if

are eigenvectors for an eigenvalue

, then for any scalar

. Therefore, the set of all eigenvectors for

forms a linear subspace. Notice that

so the space of eigenvectors (i.e. eigenspace) for

) is given by the following system of equations:

and we can easily find its basis.

In our example, let us find a basis of

Therefore, we have the following system of equations:

Let’s find a basis of

The system of equations:

In the reduced ,,stair-like” form:

If the sum of dimensions of spaces related to the eigenvalues of a given map equals the dimension of the whole space (as in our example:

), then the basis of the whole space which consists of the vectors from the bases of subspaces related to the eigenvalues is called an eigenvector basis (in our case:

Diagonalization of a matrix

is diagonalizable, if there exists a matrix

is a diagonal matrix.

How to check it and diagonalize a matrix if it is possible? Simply consider a linear map

is its matrix in standard basis. Matrix

is diagonalizable, if and only if

E.g. we know that

related to this matrix has an eigenvector basis. furthermore in this case:

Diagonalization of a matrix has the following interesting matrix. We can use it to calculate a power of a matrix, if it is diagonalizable. Notice that if

is a basis, then:

is a basis of eigenvectors, then

is a diagonal matrix so calculating its power is simply calculating powers of the elements on the diagonal.

Let us show it on an example. Let us calculate: